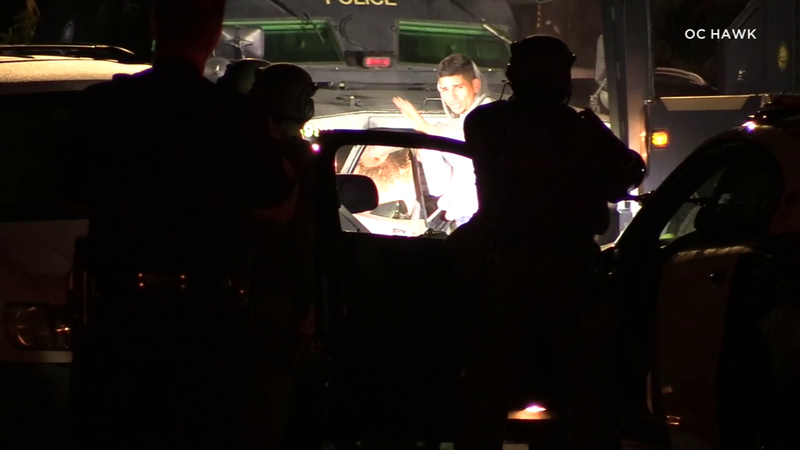 ANAHEIM, Calif. (KABC) -- A two-hour standoff on a residential street in Anaheim ended Monday evening when police officers fired non-lethal rounds at a driver of a stolen vehicle, authorities said.

The incident began at 11:17 p.m. when patrol officers spotted the Acura at the intersection of Beach Boulevard and Orange Avenue, the Anaheim Department said in a statement.

The officers attempted to conduct a traffic stop, but the suspect continued driving for about a block and turned before stopping in the middle of Broden Street, the news release said. He then allegedly barricaded himself inside.

"Announcements were made continually over a public address system for the driver to exit the car, but he refused," the police department said.

The agency's Tactical Response Group responded to the scene and at one point deployed tear gas into the car, according to the statement. When the driver got out of the vehicle but refused to show his hands, officers opened fire with pellets.

News video appears to show the suspect falling to the ground after being struck by the less-than-lethal rounds. He was taken into custody about two hours after the incident began and booked for driving a stolen vehicle.