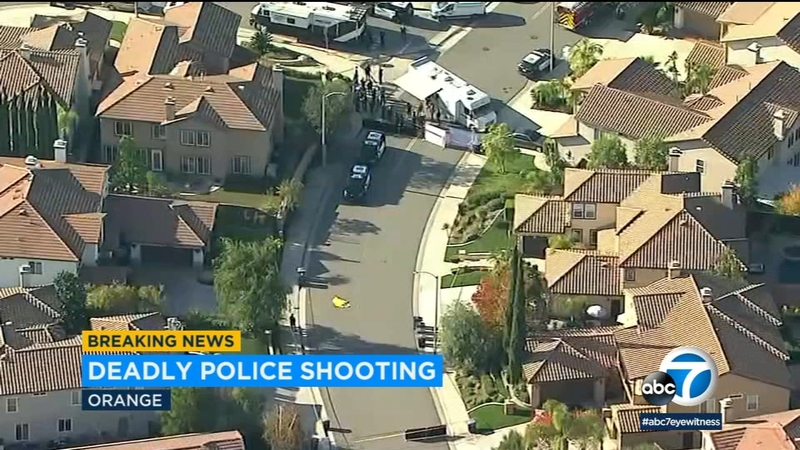 ORANGE, Calif. (KABC) -- Police shot and killed a man in his 40s who was armed with a knife Thursday afternoon on a residential street in Orange, authorities said.

Officers responded about 11:30 a.m. to the 7300 block of East Magdalena Drive after a family member's 911 call, according to a spokesperson for the Orange Police Department, who said the unidentified individual was suicidal when confronted by officers.

"He didn't listen to the officer's commands and he approached the officers," said Sgt. Phil McMullin, a police spokesman. The two officers opened fire after a deployed Taser was unsuccessful, the sergeant said.

Suspect is dead after officer involved shooting in Orange. Police say person had knife and was suicidal. More details to come. @ABC7

No officers were hurt in the incident.

Aerial footage from AIR7 HD showed a body covered by a yellow tarp on the street, which is lined with two-story homes. Two knives were visible on the pavement nearby.

A section of Magdalena Drive was closed as authorities conducted an investigation at the scene.