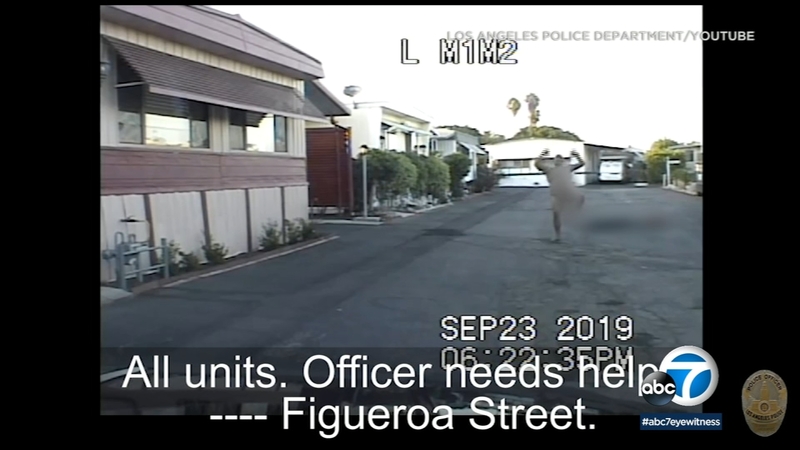 WILMINGTON, LOS ANGELES (KABC) -- Police released new video Thursday of an officer-involved shooting in Wilmington where one man was killed.

The incident happened in September at a mobile home park near Figueroa and Anaheim Streets.

When officers arrived to the scene, they found David Hernandez outside naked, according to the Los Angeles Police Department.

His father Raymond Hernandez stepped out of a nearby trailer with one hand behind his back. Officers opened fire when he pointed a gun at them.

Raymond was struck and killed and his son David was later arrested.