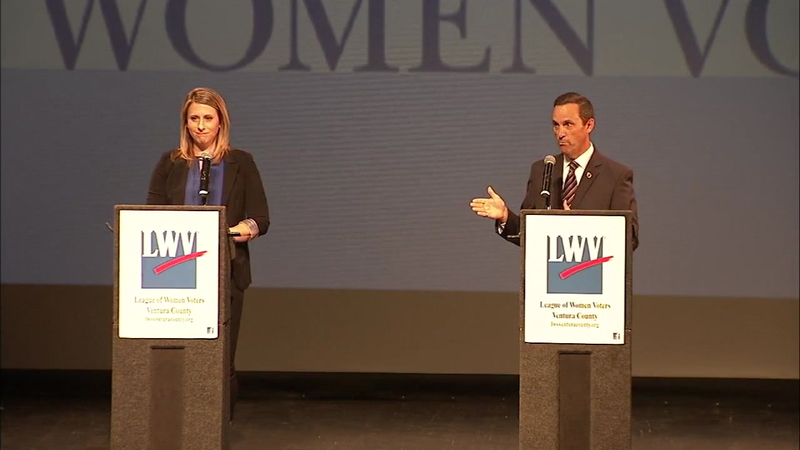 The district, which represents parts of Los Angeles and Ventura counties, is one of the tightest races in the nation.

It was the final time Knight faced off against his 31-year-old opponent before the election. More than 500 people were in attendance for the debate.

Hill took aim at Knight's record and who funds his campaign.

"If Steve Knight is in Congress again, it doesn't matter if he personally believes in it because he will be pressured to vote a certain way," Hill said during the debate.

Knight, a former Los Angeles Police Department officer, highlighted his work across the aisle and rarely chose to engage his opponent, opting to praise the work of Republicans in Washington.

"My bill that was just passed was part of 57 bills. These 57 bills were voted on unanimously in Congress," Knight said. "That means this wasn't a Republican issue, this wasn't a Democrat issue."

Hillary Clinton won the 25th District in 2016, and the changing demographics with more younger and diverse voters favors Democrats.

Democrats have marked the district as key to flipping the house, showed by how much money has poured into the race.

Voters in attendance left the debate convinced they were supporting the right candidate.

"They wants things for free, lets pass it all out to everybody," Knight supporter Steve Sampson said. "But they're never able to explain who is going to pay for what they're passing out to
everybody."