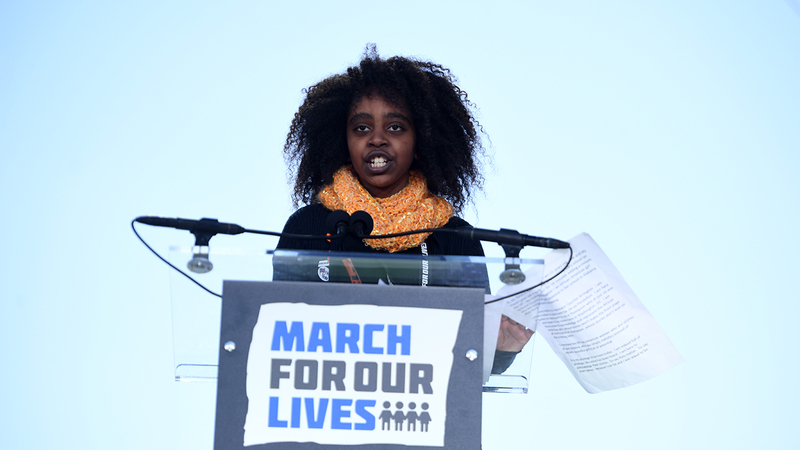 WASHINGTON -- During March for Our Lives, one 11-year-old said she wanted to honor the gun violence victims who didn't make national headlines in the same way that others did.

The young girl was Naomi Wadler, and she said she was speaking to "acknowledge and represent the African-American girls whose stories don't make the front page of every newspaper."

"For far too long, these names - these black girls and women - have been just numbers. I'm here to say 'Never again' for those girls, too," Wadler, who organized a walkout at her Virginia elementary school earlier this month, said.

Statistics show that black women are disproportionately impacted by gun violence. In 2014, 57 percent of black female homicide victims were shot and killed with guns, according to the Violence Policy Center. That same study found that the homicide rate for black females was more than twice the rate for white women.

See speakers and scenes from March for our Lives rallies around the country.

TIME Person of the Year 2018 announced 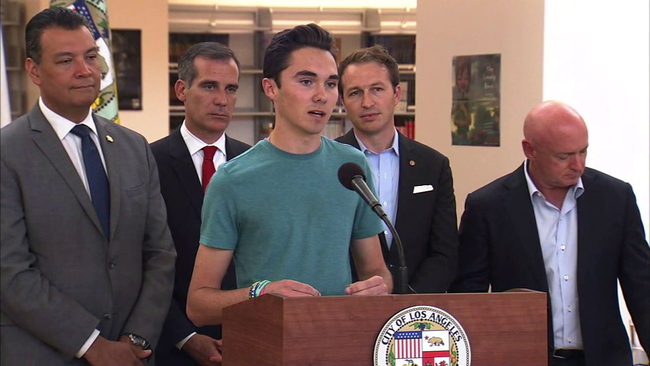