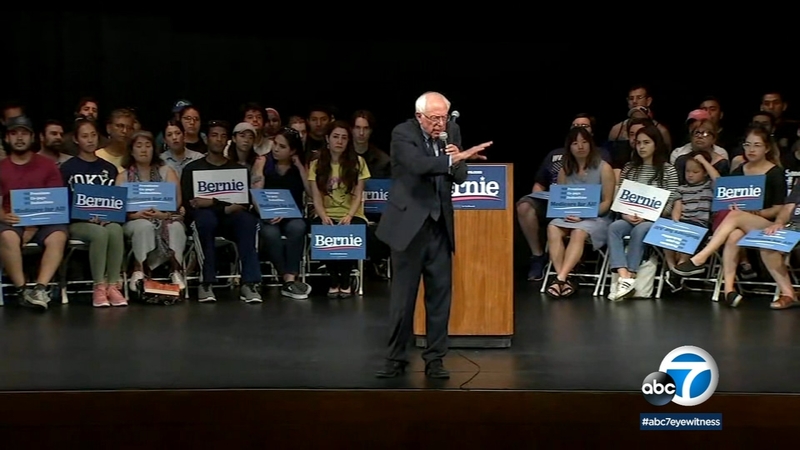 SANTA MONICA, Calif. (KABC) -- Part of Santa Monica turned into Bernie Sanders country Friday as hundreds of supporters lined up to to hear the Vermont senator talk about his proposals.

Among other subjects, Sanders discussed a proposed policy in the city of Santa Monica that would require hotel employers to provide housekeepers with panic buttons and other protections from the risk of sexual assault. They would also receive increased compensation for heavy workloads, job security and training.

Supporters at the rally said they like Sanders because of ideas like health care for all and a sense that he is genuine and consistent in his beliefs.

"He has a lot of really good ideas," said Sanders supporter Barry Olson. "The main one is the health care. Medicare for all. It just has to be."

Sana Paul, who will be voting for the first time in a presidential election, said Sanders seems more sincere to her than a lot of other candidates.

"I feel like a lot of these candidates, throughout their life, there's a lot of contradiction in what they're saying vs. what they've been doing," Paul said.