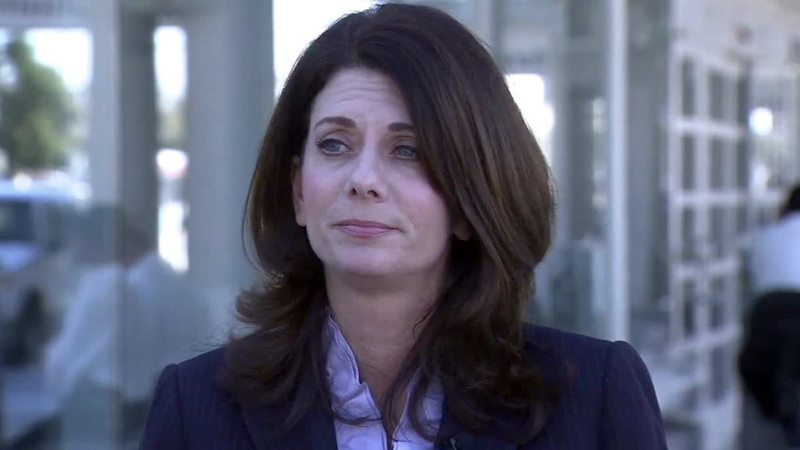 RANCHO CUCAMONGA, Calif. (KABC) -- California Assemblywoman Melissa Melendez is facing major backlash for her controversial tweet against Islam, but she is not apologizing.

"For those who are trying to make a political issue out of this, that's very disappointing," Melendez said.

"Maybe we could have used a different hashtag... but when you read the tweet, it's about Kayla," Melendez said.

As afternoon prayers ended at the Islamic Center of the Inland Empire in Rancho Cucamonga on Friday, several people sounded off, frustrated by the tweet sent three days ago.

"It would be insulting to any group. Just like the KKK, Christians don't really associate with them," Rancho Cucamonga resident Navid Karimi said.

The wording of the hastag -- #standupagainstIslam -- was especially disappointing to some.

"If it would have been 'stand up to radical Islam' that would have made it a lot better, more appropriate, more accurate," Rancho Cucamonga resident Uzzie Valencia said.

The Council on American-Islamic Relations equated the tweet to hate speech.

"Hate rhetoric such as this does lead to hate crimes and dehumanizes a whole population. We feel it's extremely insensitive to say this about a faith of about 1.6 billion people," said Haroon Manjlai, spokesman for the Council on American-Islamic Relations

Melendez, however, did not waver in her opinion.

"I feel bad if any of our Muslim community, who also with me condemns ISIS, Al Quada and the Taliban, I feel bad that they may have thought I was including them, because I certainly was not," Melendez said.