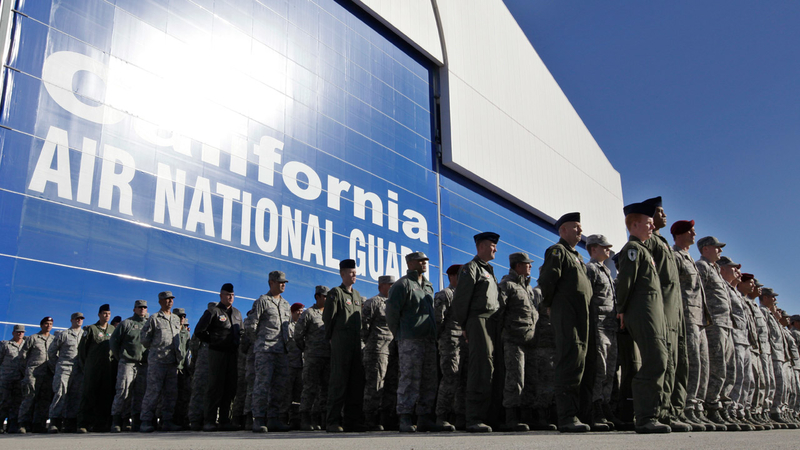 LOS ANGELES (KABC) -- There are new efforts to suspect the collection of re-enlistment bonuses mistakenly given to members of the California National Guard.

Thousands of soldiers got the money for signing up to serve in Iraq and Afghanistan. The guard later said many of the $15,000 bonuses should never have been offered and that fraud was involved in some cases.

It is demanding those who got the bonuses pay back the money or face financial penalties.

But it has created a nightmare for those Guard members who were unknowingly caught up in the situation.

Master Sgt. Richard Moseley was deployed in Iraq and suffers from PTSD.

Eyewitness News first told his story in October 2013. He received an enlistment bonus and was ordered to pay it back.

"I was shocked," he said at the time. "I did everything I thought right. I signed the contract. I held up every end of my end of the deal."

Moseley says he contacted a number of politicians and was ignored. Now three years later it's affecting thousands of other veterans and has become a national story.

"There's nothing other than but a sense of betrayal," Moseley said recently. He said he's doing his part to help by sharing his story.

The California National Guard is responding to a growing controversy surrounding bonuses that were given to soldiers to help entice them to enlist.

In California, roughly 10,000 soldiers have been told to pay up. The California National Guard says its hands are tied.

"Unfortunately the California National Guard cannot waive debts unilaterally, as that authority rests at the federal level," the guard said in a statement, also noting that it reached out to Congress in 2014 to encourage alleviation of the debts.

Defense Secretary Ash Carter is vowing to resolve the conflict.

"Anybody who volunteers to serve in the Armed Forces of the United States deserves our gratitude and respect. Period," Carter said.