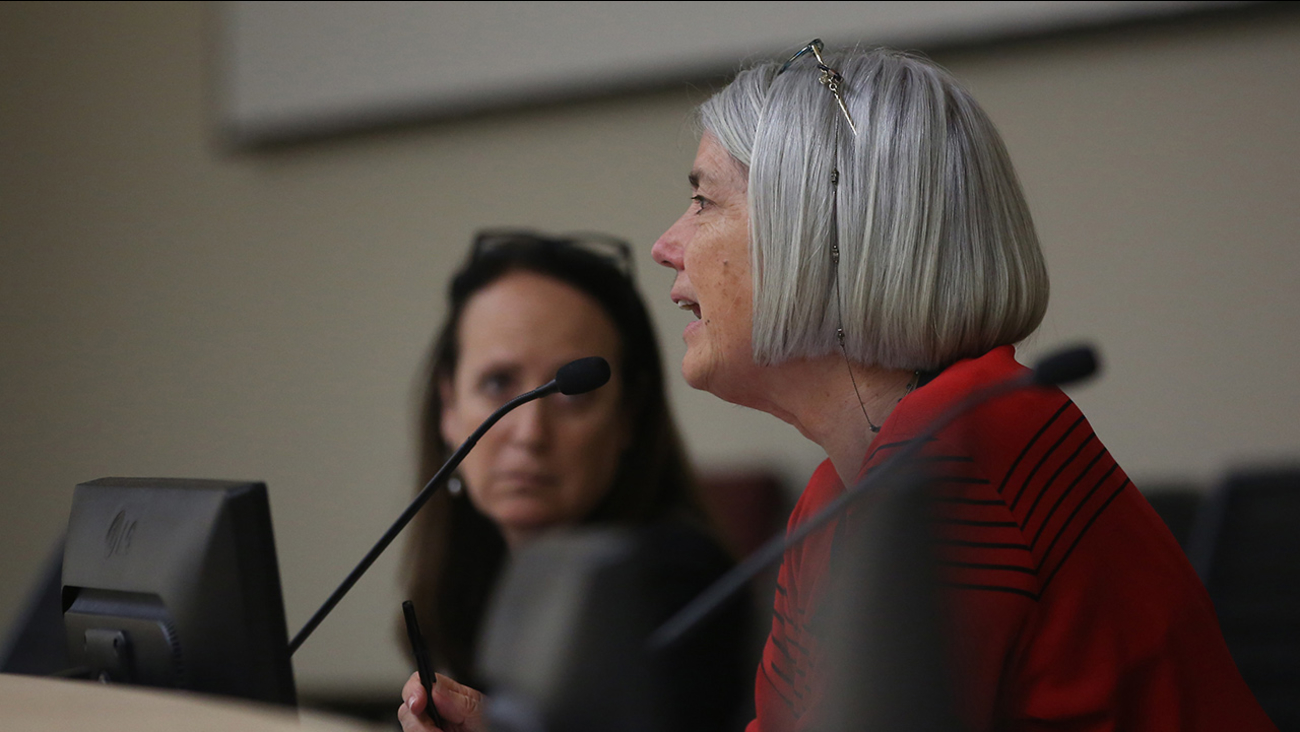 Frances Spivy-Weber, right, of the State Water Resources Control Board, discusses the proposed emergency regulations the board is considering, May 5, 2015. (Rich Pedroncelli)

The State Water Resources Control Board approved rules that force cities to limit watering on public property, encourage homeowners to let their lawns die and impose mandatory water-savings targets for the hundreds of local agencies and cities that supply water to California customers.

Gov. Jerry Brown sought the more stringent regulations, arguing that voluntary conservation efforts have so far not yielded the water savings needed amid a four-year drought. He ordered water agencies to cut urban water use by 25 percent from levels in 2013, the year before he declared a drought emergency.

"It is better to prepare now than face much more painful cuts should it not rain in the fall," board Chairwoman Felicia Marcus said Tuesday as the panel voted 5-0 to approve the new rules.

Although the rules are called mandatory, it's still unclear what punishment the state water board and local agencies will impose for those that don't meet the targets. Board officials said they expect dramatic water savings as soon as June and are willing to add restrictions and penalties for agencies that lag.

But the board lacks staff to oversee each of the hundreds of water agencies, which range dramatically in size and scope. Some local agencies that are tasked with achieving savings do not have the resources to issue tickets to those who waste water, and many others have chosen not to do so.

Despite the dire warnings, it's also still not clear that Californians have grasped the seriousness of the drought or the need for conservation. Data released by the board Tuesday showed that Californians conserved little water in March, and local officials were not aggressive in cracking down on waste.

A survey of local water departments showed water use fell less than 4 percent in March compared with the same month in 2013. Overall savings have been only about 9 percent since last summer.

Under the new rules, each city is ordered to cut water use by as much as 36 percent compared with 2013. Some local water departments have called the proposal unrealistic and unfair, arguing that achieving steep cuts could cause higher water bills and declining property values, and dissuade projects to develop drought-proof water technology such as desalination and sewage recycling.

Representatives of San Diego-area water agencies have been especially critical of the water targets, noting that the region has slashed consumption and agencies have spent $3.5 billion to prepare for dry periods after facing severe cuts in earlier droughts.

"San Diego has lived the horror of what the state is going through right now," Mark Weston, the board chairman of the San Diego County Water Authority, told state regulators Tuesday.

After a 10-hour hearing that included more than 5 hours of public testimony, the water board again on Tuesday rejected calls to create easier targets for communities in drier areas or for cities that have been conserving since before the drought.

An economic analysis of the water board's proposal commissioned by the board estimated that private water utilities and local water departments would lose a total of about $1 billion in revenue through lost water sales if they meet the board's targets, meaning they are likely to raise prices to make up the difference.

Residents and businesses use less than a fifth of the water withdrawn from the state's surface and groundwater supplies. Farms in the state's agricultural heartland have had deliveries from government reservoir systems slashed and some have been ordered to stop diverting water that is normally available to them from streams and rivers.

Brown said last week he would push for legislation boosting authorizing fines of up to $10,000 for extreme wasters of water, but he needs legislative approval to do so, and no bill has been introduced. Another tool - tiered pricing, in which the price rises as water use goes up - is in question after a court struck down water rates designed to encourage conservation in San Juan Capistrano in Orange County.

Eyewitness News is committed to helping you Beat the Drought, and we want to hear your ideas too! Join the Circle of Eyewitnesses and tell us what you're doing to save water. Share your pictures or video on Twitter, Instagram or Facebook with #ABC7Drought.
Related topics:
politicscaliforniawaterwater conservationcalifornia waterbeat the droughtdrought
Copyright © 2021 by The Associated Press. All Rights Reserved.
BEAT THE DROUGHT 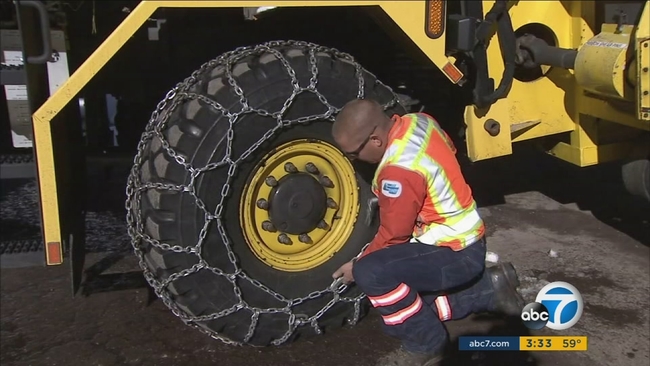