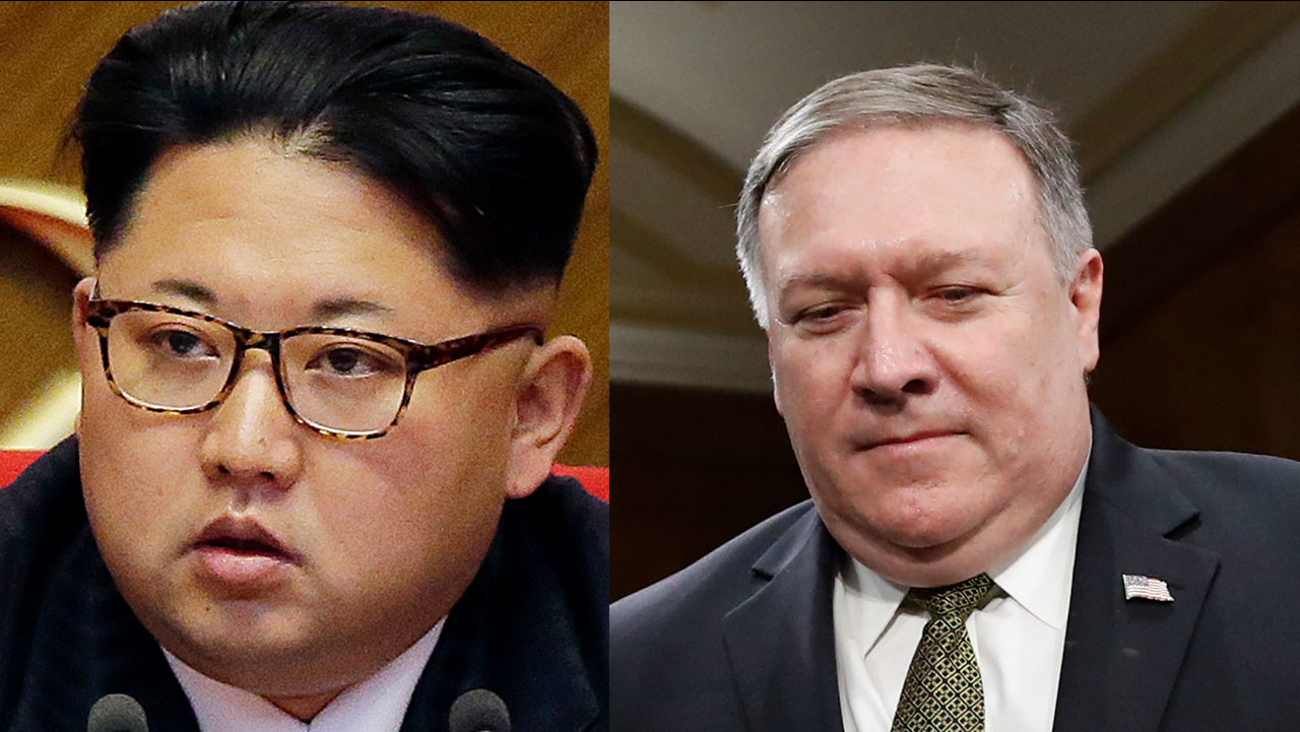 The highly unusual, secret visit comes as the enemy nations prepare for a meeting between President Donald Trump and Kim, in what would the first ever summit between U.S. and North Korean during more than six decades of hostility since the Korean War.

The officials spoke anonymously about Pompeo's trip because they were not authorized to discuss it publicly.

The Washington Post, which first reported Pompeo's meeting with Kim, said it took place over Easter weekend - just over two weeks ago, shortly after the CIA chief was nominated to become secretary of state.

Trump, who is currently at his Florida resort meeting with Japanese leader Shinzo Abe, said Tuesday that the U.S. and North Korea were holding direct talks at "extremely high levels" in preparation for a possible summit with Kim.

Trump is planning to meet with Kim by early June. The goal will be bring an end to North Korea's nuclear weapons program, which poses a growing threat to the U.S. mainland.

The U.S. and North Korea do not have formal diplomatic relations, complicating the arrangements for contacts between the two governments. It is not unprecedented for U.S. intelligence officials to serve as a conduit for communication with Pyongyang.