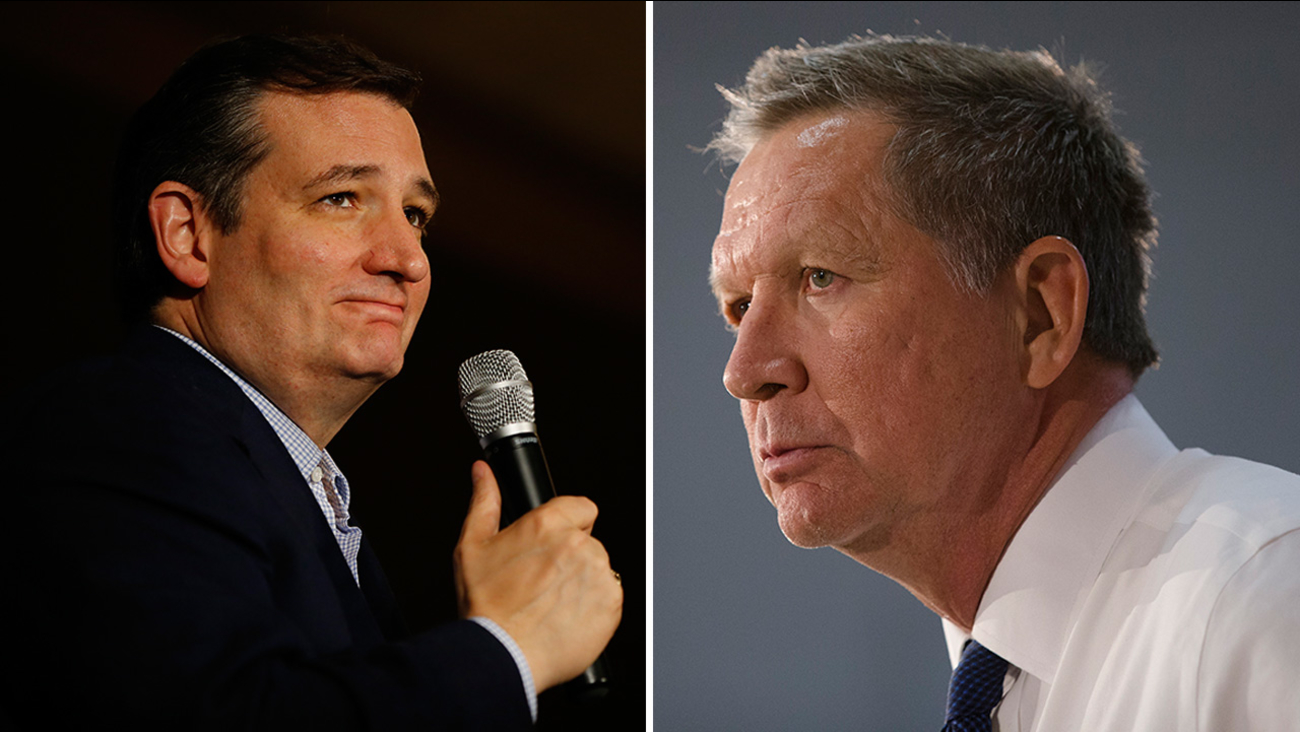 "Having Donald Trump at the top of the ticket in November would be a sure disaster for Republicans," Cruz's campaign manager, Jeff Roe, said in a statement. "To ensure that we nominate a Republican who can unify the Republican Party and win in November, our campaign will focus its time and resources in Indiana and in turn clear the path for Gov. Kasich to compete in Oregon and New Mexico, and we would hope that allies of both campaigns would follow our lead."

Trump needs 1,237 delegates to win the Republican nomination. If he falls short, the national Republican gathering in July will evolve into a rare contested convention.

Trump has repeatedly denounced the system, saying he should win the nomination even if he falls slightly short of the majority - something officials with the Republican National Committee have ruled out.

While five states go to the polls on April 26 with some 172 Republican delegates at stake, both Cruz and Kasich's campaigns view Indiana's winner-take-all contest on May 3 as the critical turning point for thwarting Trump's rise to the nomination.

"Keeping Trump from winning a plurality in Indiana is critical to keeping him under 1,237 bound delegates before Cleveland," Kasich's campaign said Sunday. "We are very comfortable with our delegate position in Indiana already, and given the current dynamics of the primary there, we will shift our campaign's resources west and give the Cruz campaign a clear path in Indiana."
Related topics:
politicsdonald trumpted cruzrepublicansjohn kasichpresidential race2016 electionrepublican national committeeu.s. & world
Copyright © 2021 by The Associated Press. All Rights Reserved.
TOP STORIES
LAUSD to require COVID-19 testing for all students, staff
CDC document warns Delta variant spreads as easily as chickenpox
Garcetti signs plan to restrict homeless camps
Lakers to acquire Russell Westbrook, ESPN reports
Man beaten outside NoHo hookah lounge says attack was a hate crime
Great Park dropping reference to Orange County in its name
Dodgers finalizing deal to acquire Scherzer, Turner
Show More
TSA teaching airline workers to defend themselves
Mother, infant ejected from vehicle in Torrance crash
Video: Fight breaks out on 60 Freeway in Ontario after crash
How to convince someone to get the COVID-19 vaccine
Downtown LA venues welcoming back concert fans
More TOP STORIES News