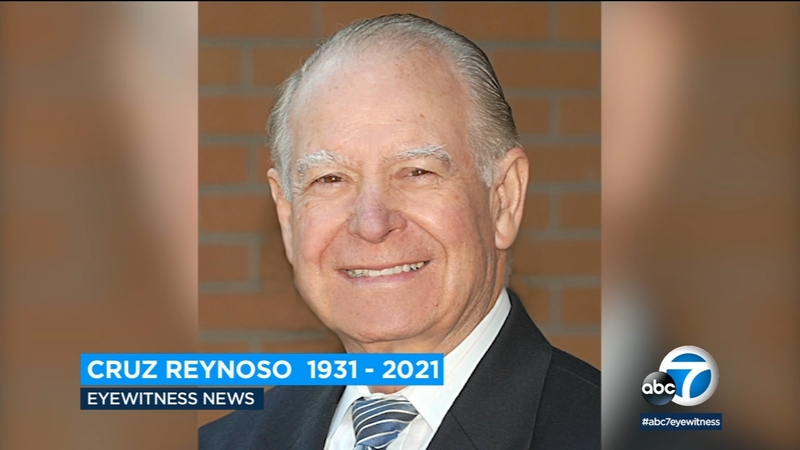 Cruz Reynoso, the first Latino justice of the California Supreme Court, has died at the age of 90.

Reynoso died Friday surrounded by his loved ones, according to his family. The cause of death was unknown.

Reynoso began his tenure on the California Supreme Court in 1982 after he was appointed by Gov. Jerry Brown. He served on the state Supreme Court until 1987.

In 2000, he received the Presidential Medal of Freedom from President Bill Clinton.

Prior to serving on the state Supreme Court, he was the director of the California Rural Legal Assistance, a nonprofit founded in 1966 that provides legal help to rural communities.

Reynoso was born May 2, 1931 in Brea, California. Growing up as one of 11 children, Reynoso worked as a migrant farm worker, along with his father and brothers.

Reynoso received an associate's degree from Fullerton College in 1951 and then a bachelor's degree from Pomona College two years later. He earned his law degree from Boalt Hall at UC Berkeley in 1958 after two years in the U.S. Army.