KABC
NEW YORK -- New York Governor Andrew Cuomo and President Donald Trump have clashed over the federal government's response to the coronavirus outbreak -- and there was a new flare-up Friday after Cuomo implied the federal government was shirking its responsibility to coordinate mass testing with states.

"The federal government cannot wipe its hands of this and say 'Oh, the states are responsible for testing.' We cannot do it. We cannot do it without federal help," he said.

As Cuomo held his daily briefing, Trump was watching and tweeting, noting that the Democratic governor should spend less time "complaining."

Governor Cuomo should spend more time “doing” and less time “complaining”. Get out there and get the job done. Stop talking! We built you thousands of hospital beds that you didn’t need or use, gave large numbers of Ventilators that you should have had, and helped you with....

....testing that you should be doing. We have given New York far more money, help and equipment than any other state, by far, & these great men & women who did the job never hear you say thanks. Your numbers are not good. Less talk and more action!

Cuomo, in the middle of the presser and seemingly unaware of the criticism, was asked by a reporter to respond to those tweets after reading them to him.

"First of all, if he's sitting home watching TV, maybe he should get up and go to work, right?" Cuomo said. "Second ... let's keep emotion and politics out of this and personal ego if we can."

Cuomo said Trump was "disrespectful" in dismissing the 800 people who were patients at the Javits Center and pointed out the federal government agreed with the need for hospital beds -- and New York's projection for ventilators was based on Trump's and the CDC's projections.

During his lengthy response, Cuomo suggested that instead of criticizing him, the president should focus on how social distancing measures prevented a much worse situation.

Then he followed up with another tweet calling Governor Cuomo's request for 40,000 ventilators "ridiculous."

Cuomo ridiculously wanted “40 thousand Ventilators”. We gave him a small fraction of that number, and it was plenty. State should have had them in stockpile! 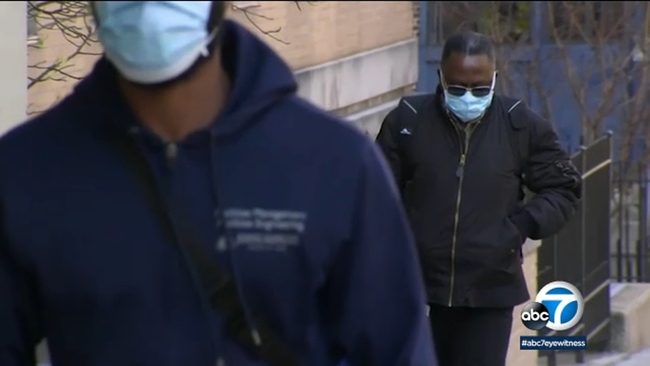