KABC
By Amy Powell
LOS ANGELES (KABC) -- Immigrants and activists gathered for an afternoon of prayer and protest in downtown Los Angeles on Sunday, to remember victims of recent mass shootings and decry the racial rhetoric that say contributed to the violence.

The recent mass shootings in Gilroy, Calif. and El Paso, Texas have been linked to suspects with white supremacist ties.

The El Paso shooter was said to have intentionally targeted Mexicans when he opened fire at a Walmart, killing 22 people and wounding about two dozen others.

Activists are calling for an end to the rhetoric that that they say is inflaming anti-immigrant sentiment, including statements from President Donald Trump.

"The message of President Donald Trump with regards to immigration policy, immigrants and people of color is dark and it's evil," said Juan Jose Gutierrez, with the Full Rights for Immigrants Coalition. "It's pure hate speech. No president ought to be doing what he's doing to the American people."

The activists held a mass at Our Lady Queen of Angels church and then walked on Olvera Street to promote healing and unity.

"We're praying today for all the victims, especially for their families," said Alicia Flores, a community worker from Ventura County. For the persons who did this massacre - they also need some prayer. We need to pray for them to change their life."
Report a correction or typo
Related topics:
politicslos angelesdowntown lalos angeles countyimmigration reformprotestrace relationsracismvigilviolencerallypresident donald trumpimmigration
Copyright © 2021 KABC-TV. All Rights Reserved.
More Videos
From CNN Newsource affiliates
TOP STORIES 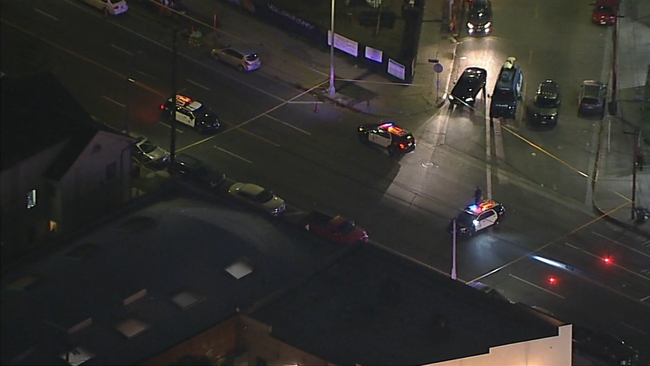