Echo Park Lake has officially reopened today after being shut down for 2 months.
KABC
By Sophie Flay 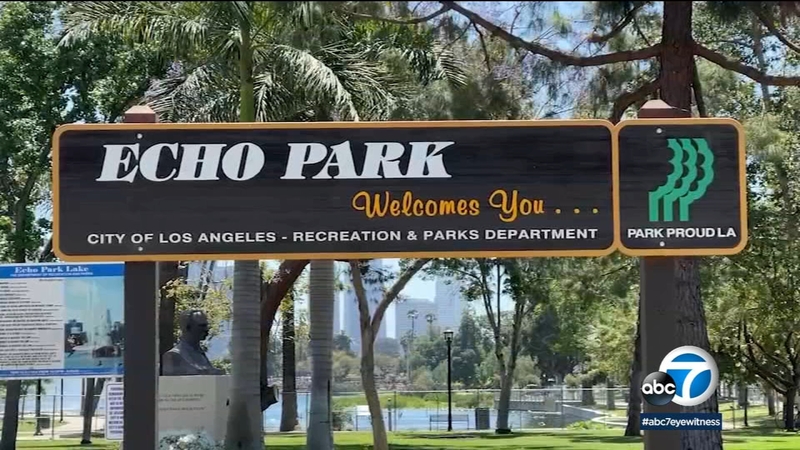 ECHO PARK, LOS ANGELES (KABC) -- Echo Park Lake has reopened to the public after being closed for two months to undergo extensive cleaning and repairs.

The lake and surrounding park area underwent $1.1 million worth of repairs since it closed in March.

"I feel wonderful because we're getting back our park," said Echo Park resident Andrea Martinez Gonzalez.

City Councilmember Mitch O'Farrell says the park was in rough shape and not welcoming to those living nearby.

According to O'Farrell's office, LA Sanitation removed more than 35 tons of solid waste and more than 700 pounds of biological waste. Water fountains and bathrooms had been destroyed.

The park will now have 24-hour security and cameras will be installed.

"I mean, we saw that encampments were spiraling out of control," said Echo Park resident Riley Montgomery.

In the three months leading up to the closure, O'Farrell's office teamed up with the nonprofit Urban Alchemy to move nearly 200 people into housing under Project Roomkey.

But some of those experiencing homelessness that were living at the lake felt like O'Farrell didn't handle the situation well. They say the city only gave official 24-hours' notice that the park was closing.

"I didn't think they would hit us that low, that fast, that bad," said Jessica Mendez, who used to live in Echo Park.

"And now there's gonna be this vibe of distrust and weirdness that you get in all the other parks in LA," said Bobby McCoy.