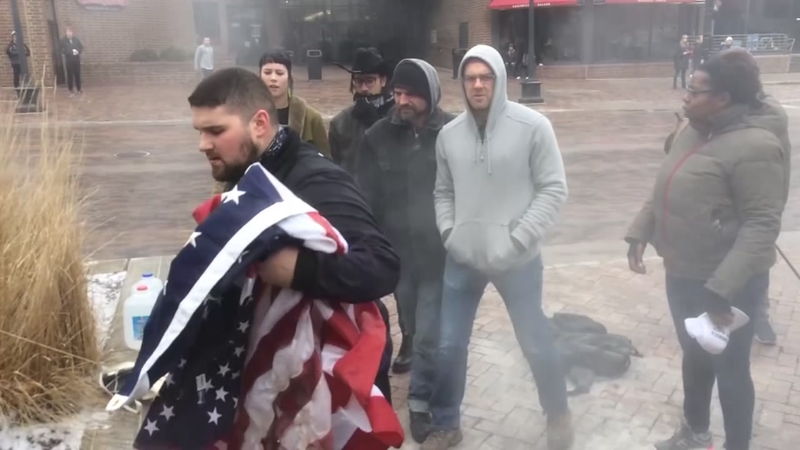 IOWA CITY, Iowa -- A FedEx employee has turned into a viral superstar after video captured him stopping a group of protesters from burning an American flag.

The video shows a group of protesters burning American flags in Iowa City on Thursday. The FedEx employee stepped into the middle of the protesters with a fire extinguisher to put out the flames.

The group said their message behind the flag burning wasn't anti-veteran and claimed they were protesting racial and social injustice. Two of the protesters were arrested and charged with violating the city's public burn ordinance.

FedEx said they spoke to the employee about what happened. They issued the following statement:

"FedEx has reviewed the facts of the incident and interviewed our courier to better understand what took place. As with all personnel issues, we are handling the matter internally."

At the protest on Thursday, the FedEx worker declined to comment except to say that his actions were not related to his employer.
Related topics:
politicsiowafedexprotestamerican flag
Copyright © 2021 KTRK-TV. All Rights Reserved.
More Videos
From CNN Newsource affiliates
TOP STORIES