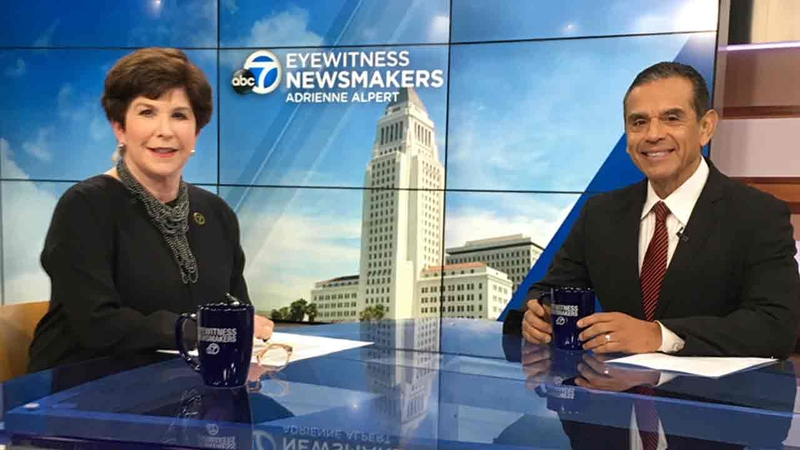 LOS ANGELES (KABC) -- Antonio Villaraigosa, who was the Los Angeles mayor from 2005 through 2013, is running for California governor, and he discussed what he brings to the race on this week's "Eyewitness Newsmakers."

The Democrat said he's worked with Republicans and could work with President-elect Donald Trump, but the two differ greatly on the topic of immigration.

Villaraigosa strongly disputed Trump's plan to deport 3 million illegal immigrants who are criminals. The former mayor said that number is not even 1 million but said no one would oppose the deportation of violent criminals.

Villaraigosa, also a former state assembly speaker, has been on a listening tour of California, with emphasis on the Central Valley. There, he said, the economic recovery has not been so successful.

A longtime supporter of the high-speed rail, Villaraigosa said it's time to bring the state into the 21st century and build the bullet train.

California jobs and education are also on the priority list for the former mayor.