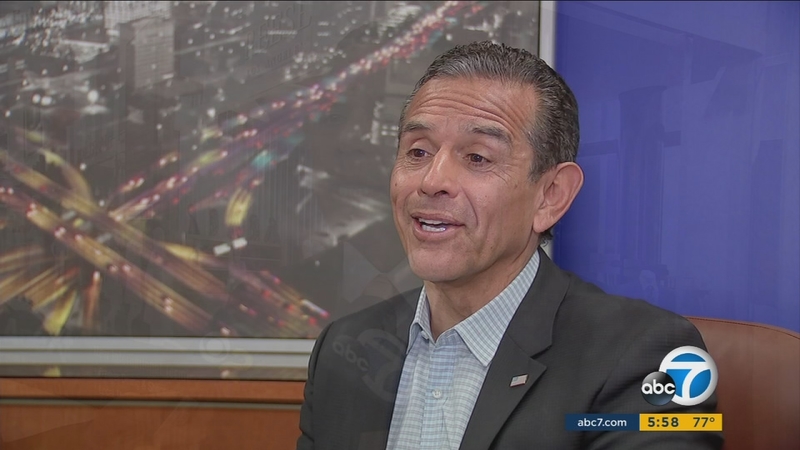 LOS ANGELES (KABC) -- Former Los Angeles Mayor Antonio Villaraigosa announced on Thursday that he will be running for governor of California in 2018.

Villaraigosa, 63, made the long-expected announcement online on his newly launched website, where he released the following statement:

Making our state work for everyone starts with making sure everyone has a voice.

I'm running for Governor to do big things-starting with rebuilding our middle class by investing in our schools and repairing our infrastructure.

But we're never going to make this state work for us again unless we give voice to the people who are all too often not heard in Sacramento.

That's what my campaign is about-giving voice to everyone. That's what my service as governor will be about-making sure the people are heard in Sacramento and their priorities are addressed.

The Democrat contrasted his candidacy with the election of Donald Trump.

"We are a state that builds bridges, not walls. We are inclusive. We celebrate our diversity. And we welcome newcomers," Villaraigosa said.

Villaraigosa left the mayor's office in 2013 after two up-and-down terms. He can claim successes such as bulking up the police department and seeding a transit-building boom, but he also was faulted for sometimes promising more than he delivered. A school takeover plan flopped.

The son of a Mexican immigrant, the high-school dropout turned around his life and eventually became speaker of the California Assembly, a city councilman and in 2005, mayor.

Newsom announced his bid for governor nearly two years ago and has been building a sizeable war chest in that time.

As for Chung, he made news earlier this year by coming down hard on Wells Fargo, terminating hundreds of millions of dollars in state investments in the bank after its nationwide scandal.

Not in the race but expected to join soon - billionaire hedge fund manager Tom Steyer, who has spent more than $50 million on several California propositions this fall. Republican Kevin Faulconer, mayor of San Diego, is expected to make a run for governor as well.

Villaraigosa acknowledges that he's got a tough battle ahead of him.

Even though he has never run for a statewide office before, Villaraigosa did serve six years in the California Assembly, with the last two years as Assembly speaker.