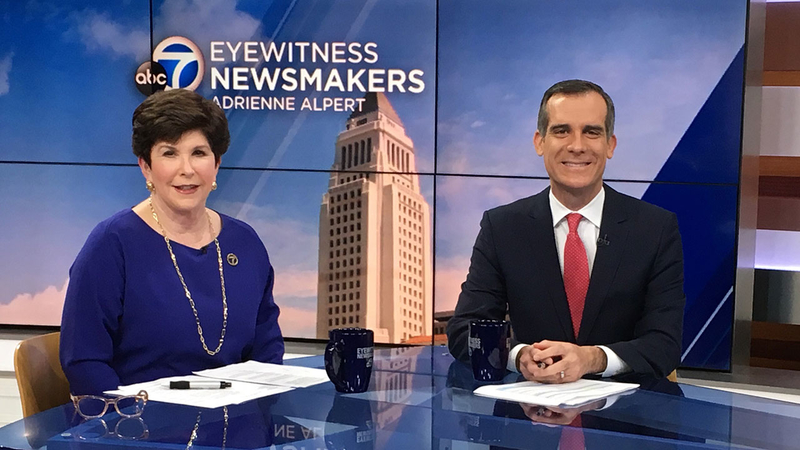 While 30 reports is still a relatively low number, the mayor said incidents of troubling race-based comments are also on the rise.

In the days since the fatal Oakland fire, Garcetti said Los Angeles police and fire are working together to head off a similar circumstance here. He said building inspections are up to date. The Oakland warehouse hadn't been inspected in decades.

A viewer criticized Metro on the $300 million settlement involving the contractor widening the 405 Freeway, wondering why that wasn't mentioned in the Measure M campaign.

The mayor disagreed, saying he publicly said the project was poorly managed. He says under present management, current Metro projects are on time and budget, and the billions raised by the passage of Measure M will be well-spent on rail, roads, and buses.

The mayor said the billion dollars in bonds approved by Measure HHH are one component in the homeless crisis.

He believes voters will approve a countywide 1/4-cent sales tax increase in March that will provide the mental health and addiction support for the 10,000 units of homeless housing that will eventually be built.