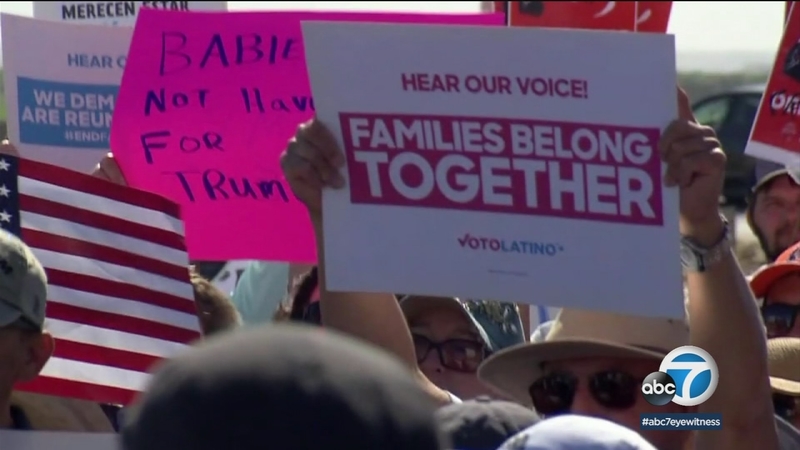 It was a literal cry for help for a group of mothers and fathers at the U.S.-Mexico border. One couple was among 32 immigrants strapped with ankle monitors who have been released from federal custody to a Texas charity in El Paso.

One woman told reporters that when she was finally able to get in touch with a social worker in New York, her 4-year-old son refused to talk to her because he believes she abandoned him.

The Trump administration released a plan to reunite migrant families with the more than 2,000 children separated from their families. But parents expressed concern they may never see their kids again.

In California, 27 state legislators demanded Gov. Jerry Brown take back the California National Guard troops from the border who are assisting the Department of Homeland Security.

While this takes place at the border, another firestorm raged in Washington, D.C.

On Friday, White House press secretary Sarah Sanders was asked to leave a Virginia restaurant by the owner because she works for President Trump.

Waters added fuel to that fire by calling on protesters to take action against the Trump administration when they're in public.

"And if you see anybody from that cabinet in a restaurant, in a department store, at a gasoline station - you get out and you clear the crowd. You push back on them and you tell them they're not welcome anymore anywhere," she said.

Trump responded with a tweet, saying Waters is an "extraordinarily low IQ person." Sanders addressed the drama during a White House press briefing.