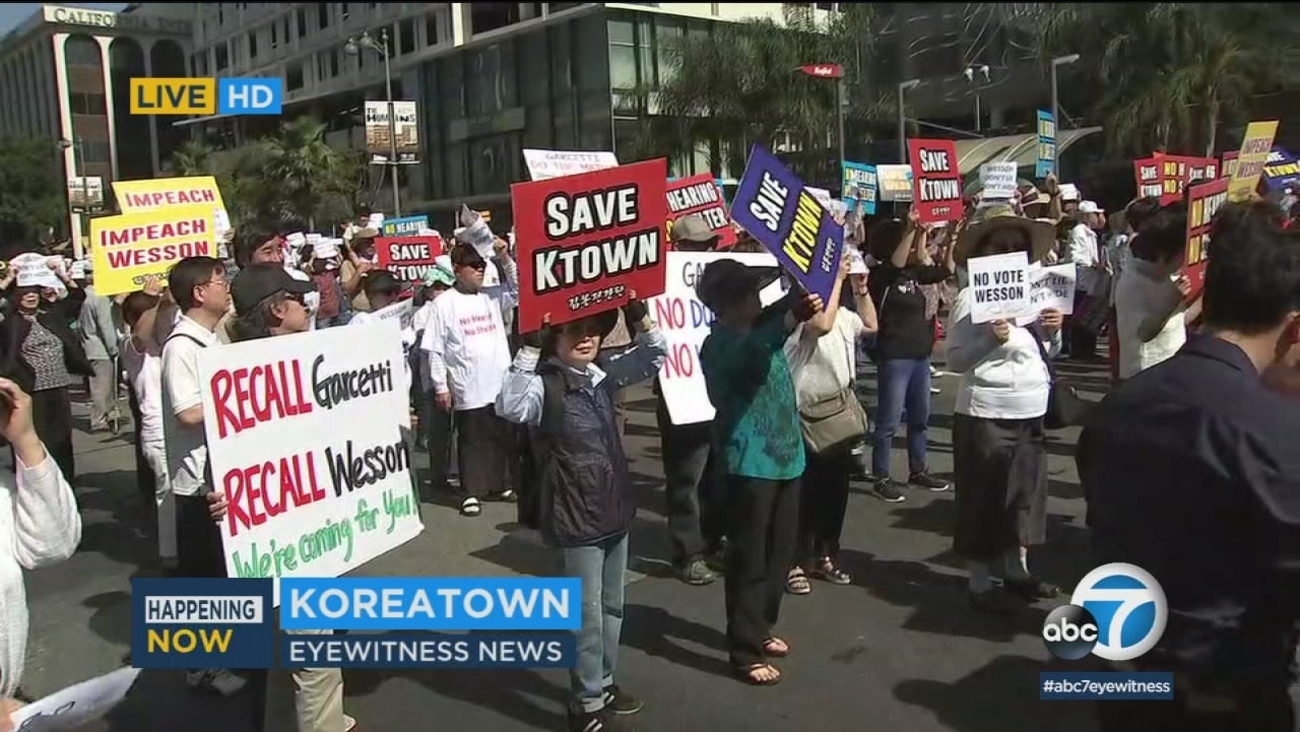 Hundreds of people rallied in Los Angeles on Sunday to protest a proposed homeless shelter in Koreatown. (KABC)

The planned shelter would be located in a city-owned parking lot at Vermont Avenue and Seventh Street. It would be designated a temporary facility, housing up to 100 people for no more than three years.

Many Koreatown residents and business owners oppose the location, saying they are concerned about problems including the attracting of more homeless to the area that won't be able to fit in the shelter. They say they weren't adequately consulted about the location of the shelter.

Some also argue that other neighborhoods of Los Angeles have a higher concentration of homeless and would better serve as a location for more shelters.