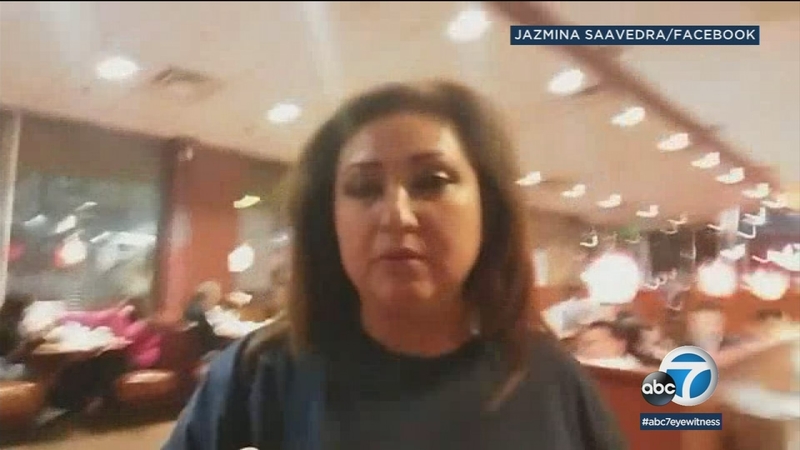 Jazmina Saavedra is a Republican candidate running in the 44th District, which represents communities from South Los Angeles to San Pedro.

She recently posted a Facebook live video of a confrontation she had with an individual at a Denny's restaurant in LA.

She says it started when a waitress told her there was a man who said he was a woman using the women's restroom.

In the video, Saavedra brings her cellphone camera into the women's restroom and confronts the individual.

"Why you use the ladies' room?" she is heard asking the individual who is inside a stall.

They exchange words and Saavedra again confronts the person outside the bathroom.

Saavedra later explained why she reacted the way she did and how her post is being misconstrued.

It is unclear if the man in the video identifies as transgender only that they told a waitress they were female. In a 2016 survey, nearly 60 percent of transgender Americans said they avoid public restrooms out of fear of harassment or assault.

In the election, Saavedra is challenging the Democratic incumbent Rep. Nanette Diaz Barragan.

Barragan issued a statement about the incident: "I was appalled by the treatment that this woman received for simply trying to use the restroom. Everyone has the right to their own identity, and the right not to be discriminated against for who they are."

But Saavedra said the video was not political.

"This is so stupid...this is nothing to do about gay or nothing. This is about how myself and the other customers feel in danger by hearing a voice of a man inside," she said.

She added that she does not regret anything she said in the video.