LA County sheriff, board of supervisors head toward showdown in court over controversial deputy rehiring

KABC
By Adrienne Alpert, Miriam Hernandez and Lisa Bartley
LOS ANGELES (KABC) -- The standoff between Sheriff Alex Villanueva and the Los Angeles County Board of Supervisors is barreling toward a showdown in court.

Both sides are refusing to back down over the reinstatement of a deputy accused of domestic abuse, physical assault, stalking and harassment of an ex-girlfriend, who was also a deputy.

In an extraordinary move, Los Angeles County filed for an injunction Monday against Sheriff Villanueva, Carl Mandoyan and the Los Angeles County Sheriff's Department - asking a Superior Court judge to settle the core issue. Who has the ultimate authority to re-hire a fired deputy?

Mandoyan was terminated in 2016 by former Sheriff Jim McDonnell. His firing was unanimously upheld by the Civil Service Commission, but Villanueva brought Mandoyan back to work as one of his first and most controversial moves since taking office in December.

Mandoyan volunteered on Villanueva's campaign and served as his driver, although the sheriff has said there was "no quid pro quo" in Mandoyan's reinstatement to the department.

The Los Angeles County District Attorney's Office declined to file criminal charges against Mandoyan, citing a lack of evidence. A "declination memo" from the D.A.'s office states that the alleged victim claimed Mandoyan tried to break into her house twice, threw her on a couch and tried to strangle her. Mandoyan challenged the accusations in two civil lawsuits brought against the department.

The petition filed by attorneys for Los Angeles County on Monday states that, "Villanueva and the Department did not have authority to reinstate Mandoyan."

Mandoyan's attorney, Greg Smith, told Eyewitness News that his client will "remain on the job absent a court order," and that Mandoyan has not surrendered his gun and badge as he was ordered to do in a letter from the county that was first obtained by Eyewitness News.

Eyewitness News reporter Miriam Hernandez attempted to contact Mandoyan at his home on Monday. No one answered the door, but a Dodge Charger registered to the Los Angeles County Sheriff's Department was parked in the driveway.

Villanueva did not respond to our requests for comment on Monday, but has previously said that any alleged bad behavior by Mandoyan did not rise to the level of termination.

Attorney Brad Gage disagrees, telling Eyewitness News that if Villanueva believed Mandoyan had committed any criminal act, he would not have been reinstated to the department.

"It's not about just one deputy," Gage said. "This is the sheriff who has the power to hire, fire and discipline. That's in the charter, part of his mandate. And now the Board of Supervisors is trying to usurp his power."

Gage added he was authorized to speak by Villanueva, but is not an attorney of record in the case.

The county's petition suggests that Mandoyan may be breaking the law by continuing to hold himself out as a deputy, stating that "unauthorized possession or use of official badges" is prohibited after that person's right to "wear such a badge has been terminated."

"Respondents' actions are exposing the County to significant liability, threatening public safety, and undermining trust in the Department," according to the petition.

Hernandez asked Villanueva about Mandoyan's employment status on Wednesday, one week after the county said Villanueva was notified that Mandoyan's "salary and other benefits" were stopped.

"The status is he remains employed by the organization," Villanueva told Hernandez.

Hernandez asked, "So you don't believe you will have to fight to keep his reinstatement?"

Eyewitness News has repeatedly asked for clarification on those statements, but has received no official explanation. 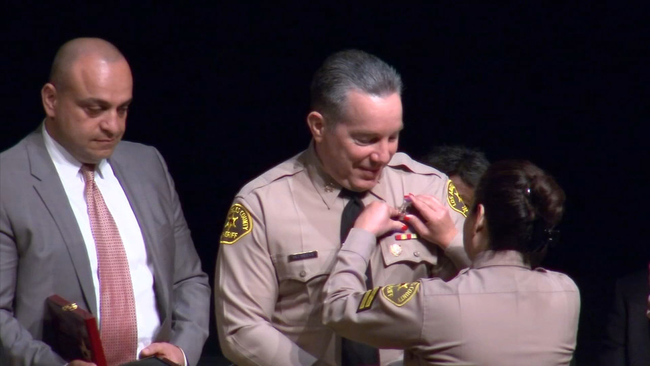 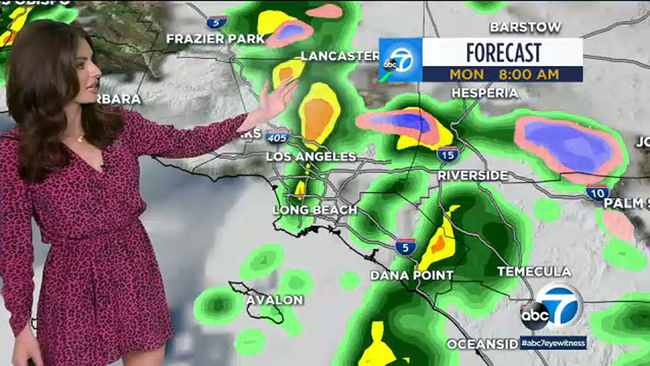