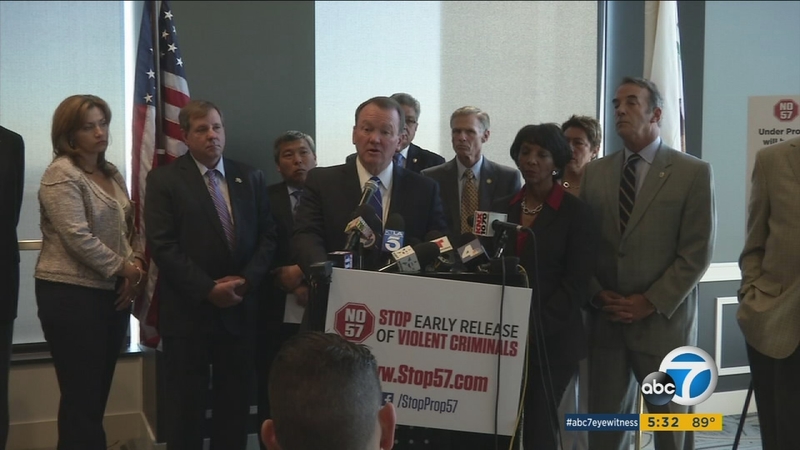 The proposition would allow non-violent prison inmates who have completed their primary sentence to apply for early release. McDonnell, along with Los Angeles County District Attorney Jackie Lacey, said Prop. 57 looks and sounds good, but the summary doesn't match the title.

"The summary says that it applies to non-violent offenders, but the truth of the matter is that the way that it is written, human traffickers - who we're trying hard to get off the streets - would actually be eligible to be released earlier," Lacey said.

McDonnell said some other crimes that are considered non-violent include rape by intoxication and rape of an unconscious person.

Prop. 57 is Gov. Jerry Brown's effort to recalibrate the state's criminal system and is a way to keep the inmate population below the cap set by the Supreme Court. Brown argues inmates eligible for early release would be non-violent and carefully screened.

Those in favor of the measure said it would also save millions of taxpayer dollars and put a system in place for rehabilitation. Brown said it would allow inmates the chance to earn credits in education and for good behavior.

Some Los Angeles County residents said they agree with the proposition.

"I think the jails are so crowded that it's almost necessary to do that in some cases," one woman said.

While others think the initiative is a bad idea that will only increase crime.

"Some of these offenders who are non-violent have a long history of violence," one man said.