AP
WASHINGTON -- Philonese Floyd challenged Congress on Wednesday to "stop the pain" so that his brother George wouldn't be just "another name" on a growing list of those killed during interactions with police.

Floyd's appearance before a House hearing came a day after funeral services for his bother, the 46-year-old Minnesota man whose death has become a worldwide symbol in demonstrations over calls for changes to police practices and an end to racial prejudices.

"I'm here today to ask you to make it stop. Stop the pain," Philonese Floyd told the silenced hearing room.

House and Senate Democrats held a moment of silence at the Capitol's Emancipation Hall, reading the names of George Floyd and others killed. They then knelt for 8 minutes and 46 seconds - now a symbol of police brutality and violence - the length of time prosecutors say Floyd was pinned under a white police officer's knee before he died.

Choking back tears, he said he wants to make sure that his brother, whom he called "Perry," is "more than another face on a t-shirt. More than another name on a list that won't stop growing."

"George's calls for help were ignored," he continued. "Please listen to the call I'm making to you now, to the calls of our family, and to the calls ringing out in the streets across the world. People of all backgrounds, genders and race have come together to demand change. Honor them, honor George, and make the necessary changes that make law enforcement the solution -- and not the problem. Hold them accountable when they do something wrong. Teach them what it means to treat people with empathy and respect. Teach them what necessary force is. Teach them that deadly force should be used rarely and only when life is at risk.

"George wasn't hurting anyone that day. He didn't deserve to die over $20. I am asking you, is that what a black man's life is worth? Twenty dollars? This is 2020. Enough is enough. The people marching in the streets are telling you enough is enough."

Floyd directly challenged lawmakers to step up. "The people marching in the streets are telling you enough is enough. Be the leaders that this country, this world, needs. Do the right thing."

House Judiciary Committee Chairman Jerrold Nadler gaveled in the session as Democrats review the Justice in Policing Act, a far-ranging package of proposals amid a national debate on policing and racial inequity in the United States.

Lawmakers will also hear testimony from civil rights and law enforcement leaders at the congressional hearing on proposed changes to police practices and accountability after the Minnesota man's death in police custody and the worldwide protests that followed.

House Speaker Nancy Pelosi watched from the hearing audience and the GOP Leader Kevin McCarthy joined on the dais.

Republicans are rushing to draft their own proposal but also criticizing calls from activists across the country who want to "defund the police" -- a catch-all term for re-imagining law enforcement, but one that President Trump and his allies have seized on to portray Democrats as extreme.

"The American people understand that it's time for a real discussion," said Rep. Jim Jordan, R-Ohio, the ranking Republican on the panel. But he said what they also understand, Jordan said, is that "it is pure insanity to defund the police."

VIDEO: When protesters cry 'defund the police,' what does it mean?
EMBED More News Videos

The full list of witnesses scheduled to speak at Wednesday's hearing are:

4 ex-officers in George Floyd's death blame one another

Weekend of protest: Peaceful at Derby, unruly in Portland 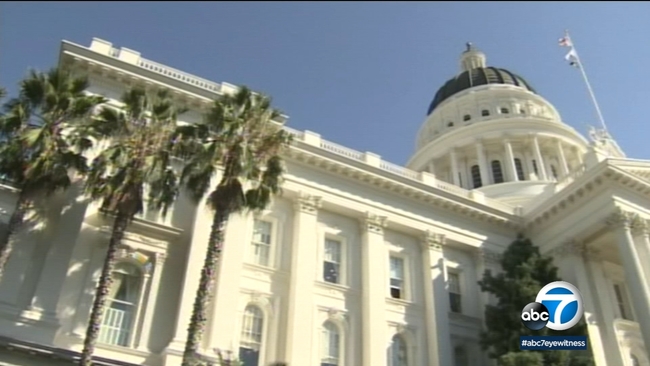