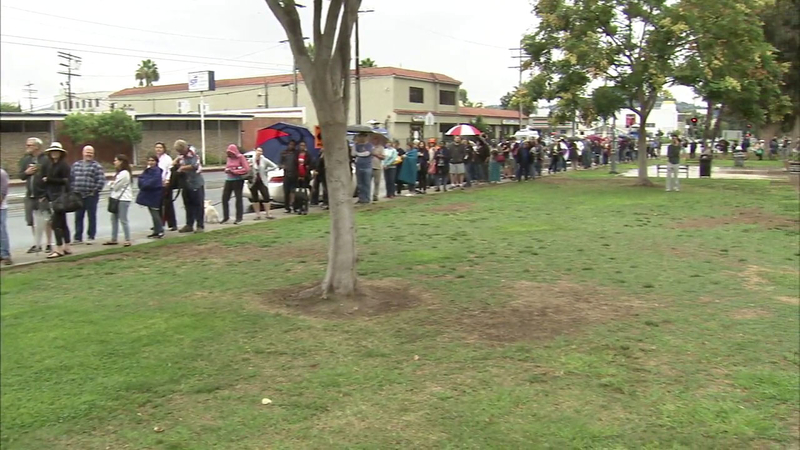 NORTH HOLLYWOOD, LOS ANGELES (KABC) -- Los Angeles-area voters who were hoping to get an early start on voting were stunned to see long lines at polling stations this weekend that resulted in some cases of waits of two to three hours.

Los Angeles County has five stations for early voting, for those who will be out of town on election day or are simply ready to put the whole election behind them.

More than 5 million people have registered to vote in LA County.

Los Angeles County has five locations for voters to cast early ballots on weekends before the Nov. 8 election.

In some cases, voters found themselves waiting in line two to three hours under wet conditions to cast their votes.

"We didn't think it would be this busy!" said Michelle White of Burbank. "Really did not!"

While many stood in line because of conflicts on Nov. 8, some said they just want to stop thinking about the election.

"I just had to get it over with because I can't wait until next week," said Toni Cohen of Sherman Oaks. "The vitriol that's being spewed is just unprecedented."