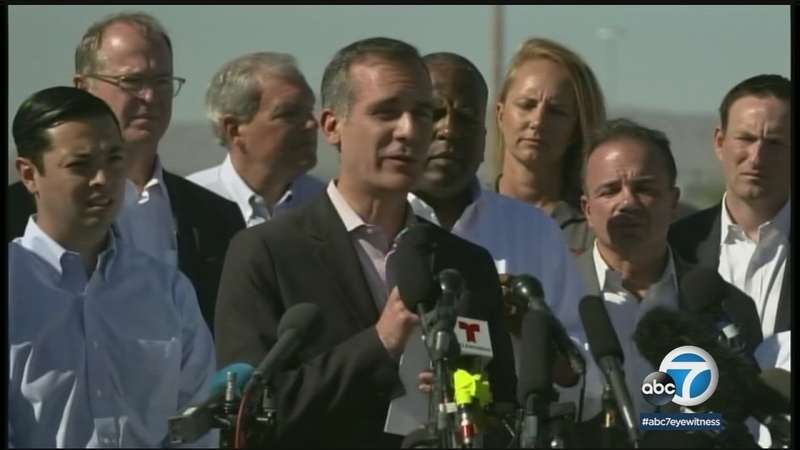 LOS ANGELES (KABC) -- Los Angeles Mayor Eric Garcetti and mayors from other cities were in Texas at the Mexican border Thursday morning.

He and other mayors, including Tom Tait of Anaheim, are visiting a detention facility outside of El Paso, condemning the Trump administration's treatment of immigrant families.

The mayors demanded the reunification of thousands of children separated from their families at the U.S.-Mexico border. Each mayor spoke in succession for more than an hour during a news conference.

Garcetti described uncertainty about access to legal representation for immigrant families and maximum holding periods for those accused of illegally crossing the border.

"We need legislation that will resolve this," Garcetti said. "That's just the first step - then you need to live up to your word on Dreamers."

The trip was organized by the U.S. Conference of Mayors and planned before President Trump's executive order that was signed Wednesday.