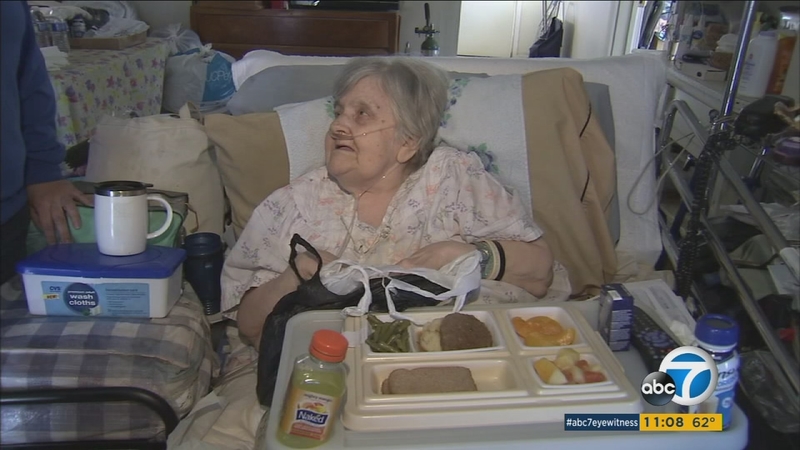 MARINA DEL REY, Calif. (KABC) -- Meals on Wheels serves about 17 million meals each year in Los Angeles County through a variety of funding sources, but after President Donald Trump proposed a new budget, a significant source of funds could be drying up.

Patrick Ward is disabled and lives on a fixed income. It's not easy for him to shop for himself.

"It was something that changed my life," Ward said. "Every day I know that food is coming and I don't have to worry about it. It means a peace of mind."

Meals on Wheels said it delivers 2.4 million meals nationwide every day, mostly to seniors in need.

But Trump's proposed budget cuts federal funding to the program. During a press conference, Trump's budget chief, Mick Mulvaney, defended the cuts, saying the program is "just not showing any results."

"I can't believe that they would say it doesn't work. That just doesn't make any sense to me," Ward said.

Chris Baca, executive director of Meals on Wheels West, said the cost of feeding a person for a year is the same price as a single day in the hospital.

"There are studies out of Brown University that show that every $1 spent on food, you save $5 in health care costs," he said.

Where does taking food from hungry veterans fit into the "America First" doctrine?

She said cutting the National Endowment for the Arts is devastating.

"This does not make America great again," she said. "There are cave paintings for a reason. It's because from the very beginning we've wanted to have art and see ourselves."

As Ward enjoys his dinner from Meals on Wheels, he hopes politicians will reconsider the budget.

"My only message would be don't cut this. Some of the people - this is their only source of food," he said.