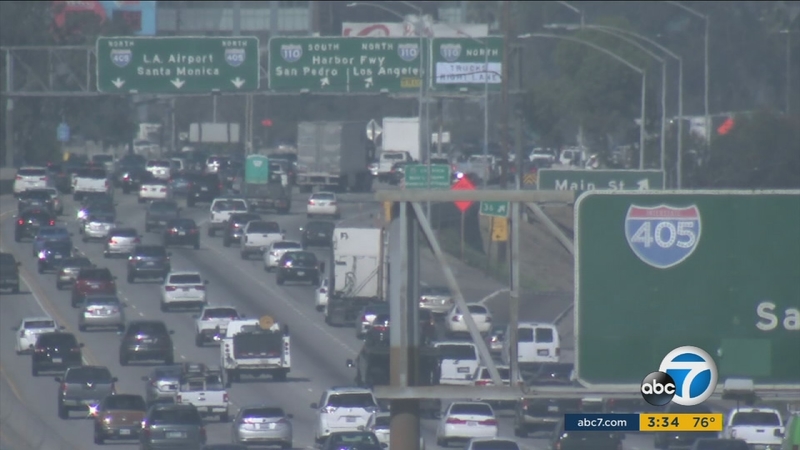 LOS ANGELES (KABC) -- Six mayors representing the South Bay and Gateway Cities, who opposed Measure M, closed an overpass over the 405 Freeway for a press conference.

"This will be a forever tax for all of us, so I want to tell you to vote no on Measure M," Norwalk Mayor Mike Mendez said.

The measure looks to ease traffic congestion, reduce bottlenecks, accelerate rail construction with new lines and construct a tunnel through the Sepulveda Pass on the 405 Freeway, an area that has recently finished a years-long widening project.

"(Measure M) should help us build out light rail, help us improve our buses, keep our fares affordable but also fix streets for those of us who drive," Garcetti said.

The mayor further stated that the measure would create 465,000 jobs by widening freeways, fixing intersections and paving streets.

A coalition of mayors and council members representing 43 out of the 88 cities in Los Angeles County claimed the money is not evenly distributed among cities.

"It gives priority to the City of Los Angeles and the west side over working class communities in the south and southeast," Mendez stated.

Critics additionally argued that they may not live to see the end of the construction as it is expected to take decades.