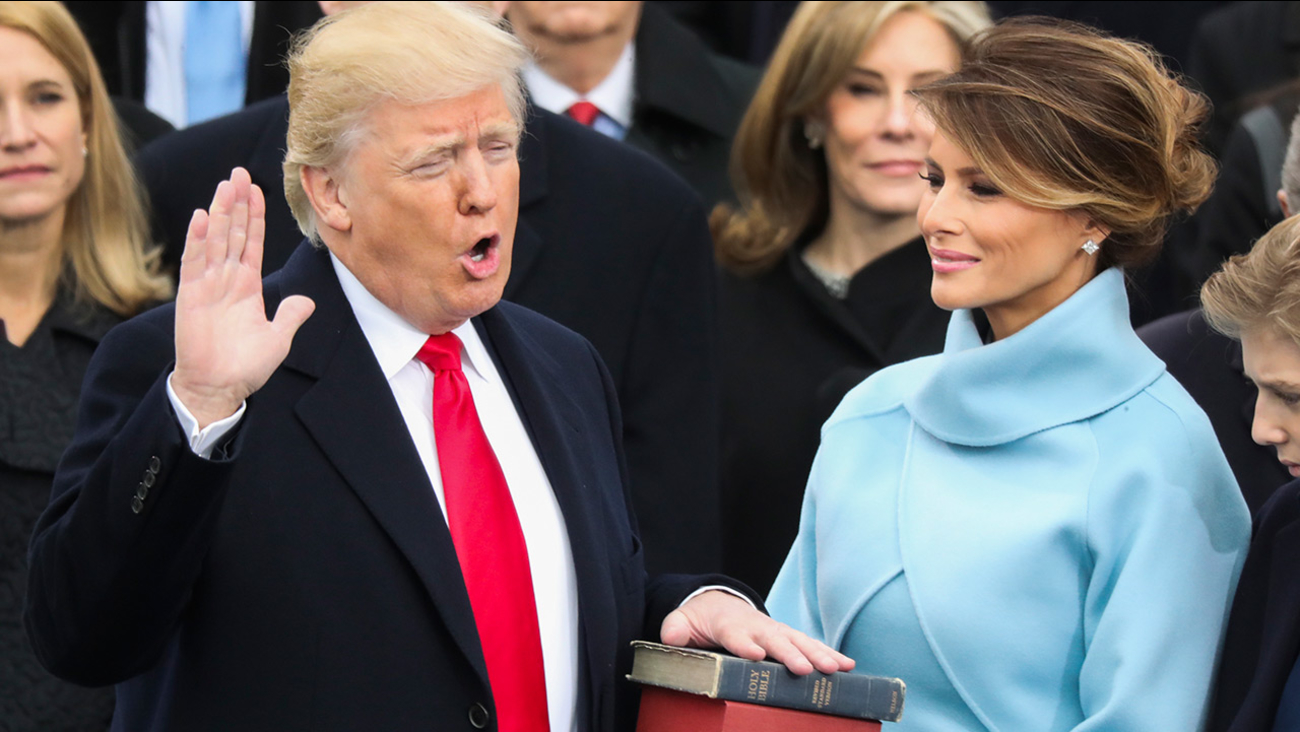 Donald Trump is sworn in as the 45th president of the United States as Melania Trump looks on during at the U.S. Capitol in Washington, Friday, Jan. 20, 2017. (AP Photo/Andrew Harnik)

WASHINGTON (KABC) -- There was a big debut Monday at the White House - Melania Trump's first official portrait is now on display. 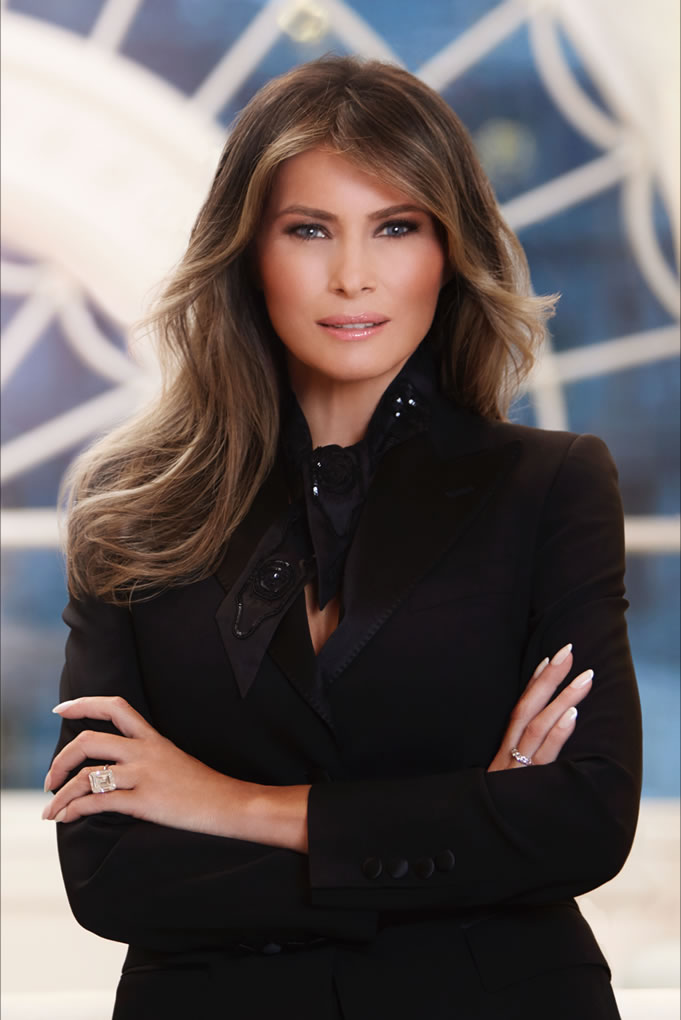 This image of First Lady Melania Trump's official portrait was released in Washington on Monday, April 3, 2017.

"I am honored to serve in the role of First Lady, and look forward to working on behalf of the American people over the coming years," she said in a statement accompanying the photo's release.

The photo was taken in the first lady's "new residence at the White House," according to the release.

Mrs. Trump, who turns 47 on April 26, has yet to move to Washington full-time. She currently spends most of her time at Trump Tower in New York City but has plans to move to the White House with son Barron once he finishes the school year in New York.