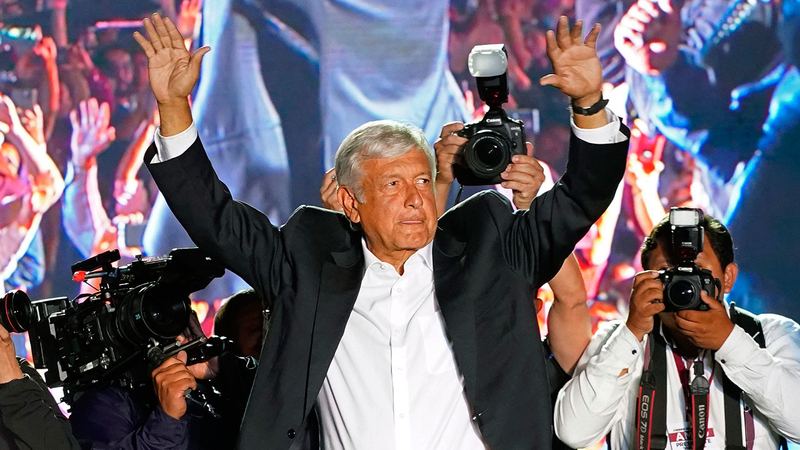 LOS ANGELES (KABC) -- Voters in Mexico in search of change after years of corruption will elect a new president and congressional representatives on Sunday.

The candidates made their final pitch to the voters on Wednesday, the last day allowed for campaigning.

Andrés Manuel López Obrador holds a big lead in the presidential race, according to polls. The former mayor of Mexico City is determined to fight widespread corruption.

"He is a leftist in terms of his discourse and his critical stance towards the elites and the mafia of power as he calls them, but in terms of governance ... he proved to be a pragmatist, " UCLA professor Dr. Octavio Pescador said.

The other major candidates include Ricardo Anaya of the National Action Party and José Antonio Meade of the Institutional Revolutionary Party, Mexico's traditional ruling party that was represented by outgoing president Enrique Peña Nieto.

It's been a violent campaign season as 132 politicians have already been assassinated.

A survey in one of Mexico's leading newspapers found that 79 percent of voters want the party in power to change.

One question in the survey, which also found that 85 percent of voters believe that Mexico is on the wrong track, asked how a new president will affect Mexico-U.S. relations.

"I think the most worrisome aspect about the relationship between the U.S. and Mexico is not political, it's economic," Pescador said. "The free-trade agreement has been the basis for the growth of Mexico and in some regions of the U.S. and that is up in the air right now."