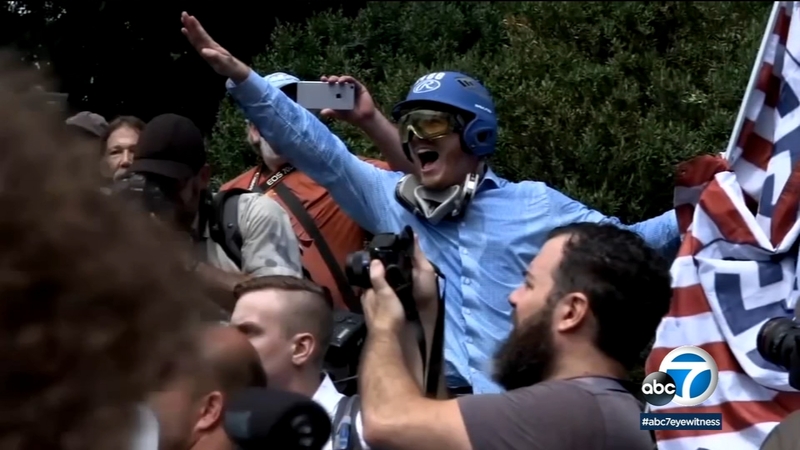 WASHINGTON (KABC) -- Violent militias and white supremacist groups are looking to recruit members with backgrounds in law enforcement and the military, an Orange County professor told a House subcommittee.

During the hearing, held by the Subcommittee on Civil Rights and Civil Liberties, congressional representatives heard from experts including Chapman University Sociology Professor Pete Simi.

Simi testified while militia and extremist groups have roots in white supremacy its growing membership is diverse.

"Extremism and terrorism is not about what a person looks like there about what a person thinks feels and how they behave," he said. "In some cases extremist even terrorist may wrap themselves in the US flag and/ or hold positions in law enforcement or the military."

An Assessment from the Office of Director of National Intelligence has warned that violent extremist militias present a "lethal threat" to the public and democratic institutions. During his testimony, Dr. Simi points out that right-wing militia groups are looking to recruit those with backgrounds in law enforcement and military using the principles of patriotism and duty.

The Senate has pushed action into Friday on a bill to create an independent commission to study the deadly Jan. 6 attack on the Capitol by Donald Trump's supporters.

"These groups go great effort to speak that language that should apple to somebody who already kind of sees themselves as a protector a fighter for freedom and so forth," said Dr. Simi.

The panel of extremism experts gave the January 6th insurrection at the U.S. Capitol as an example of the organization and lengths militias are prepared to go.

"This is an old problem it is not new but it is growing its growing for a lot of different reasons and we need a multidimensional approach," said Simi.