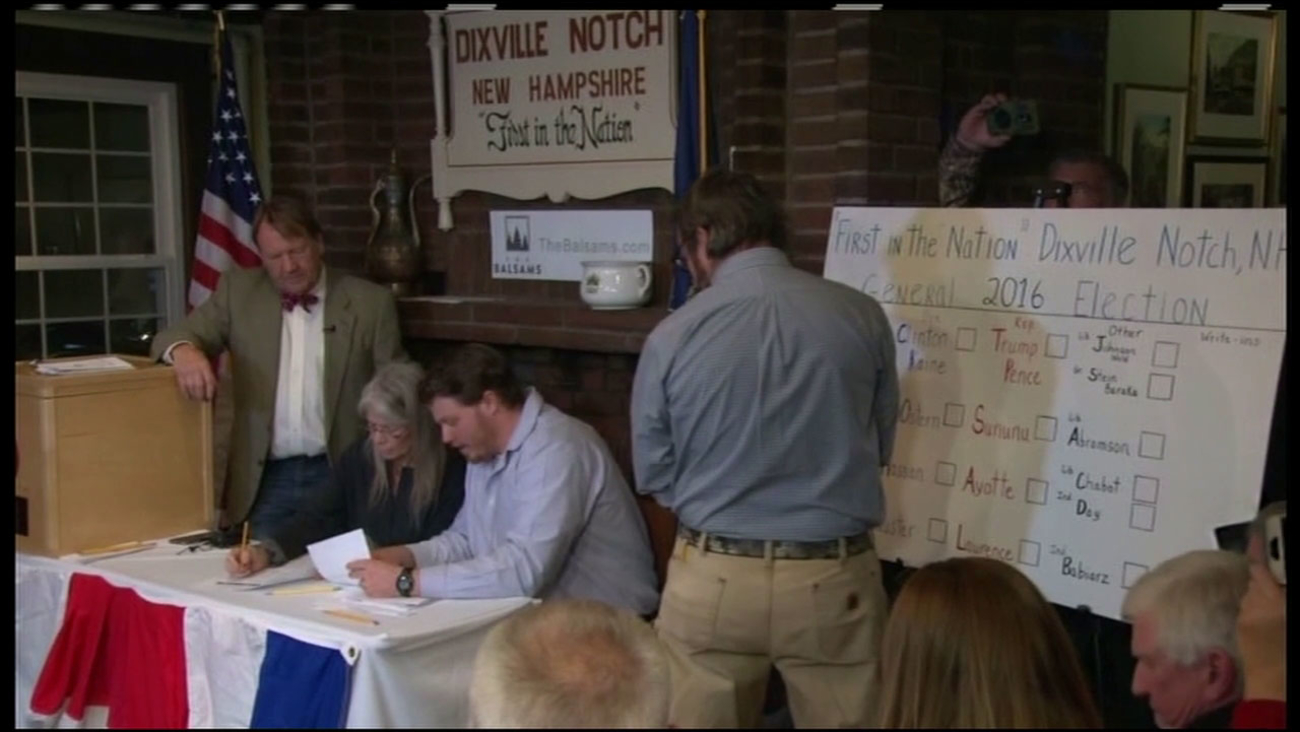 The town of Dixville Notch, New Hampshire cast its presidential ballots at midnight.

DIXVILLE NOTCH, New Hampshire -- Donald Trump is off to a very early lead in the 2016 presidential election, winning over the voters of three New Hampshire precincts by a 32-25 margin over Hillary Clinton.

Polls in the tiny New Hampshire towns of Dixville Notch, Hart's Location and Millsfield opened just after midnight Tuesday and closed as soon as everyone had voted. These die-hard voters are proud to have the first word on the big vote.

Clinton won more votes in Dixville Notch and Hart's Location, but Trump was the overwhelming favorite in Millsfield, with a 16-4 edge.

Under New Hampshire state law, communities with fewer than 100 voters can get permission to open their polls at midnight and close them as soon as all registered voters have cast their ballots.
Related topics:
politicsnew hampshiredonald trumppresidential race2016 electionhillary clintonmitt romney
Copyright © 2020 by The Associated Press. All Rights Reserved.
More Videos
From CNN Newsource affiliates
TOP STORIES