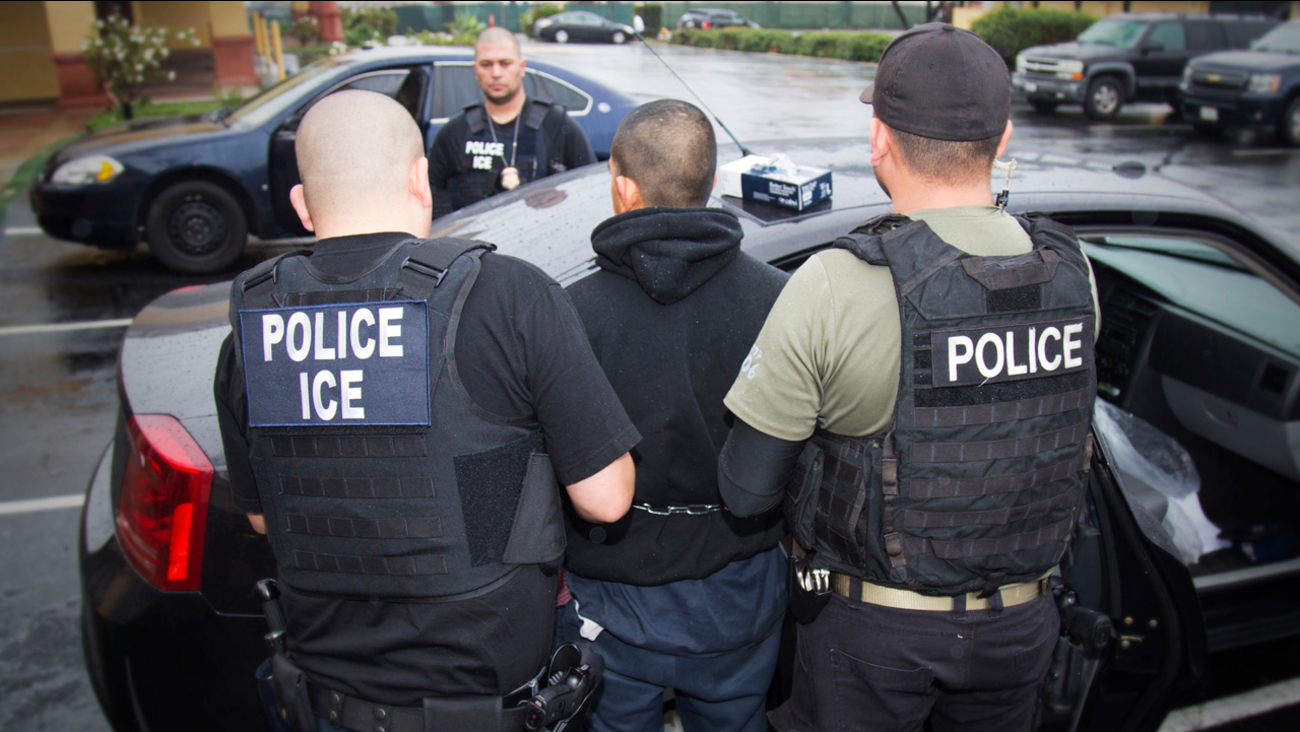 California voters are divided on whether they believe local officials should help, hinder or stay out of the way when federal ICE agents go after those accused of minor offenses, according to a SurveyUSA poll conducted for Eyewitness News.

Voters are much more divided in cases when ICE agents are trying to arrest immigrants for non-violent crimes. According to poll results, 29 percent said local officials should help ICE, with Republicans four times more likely as Democrats to say so.

In the context of vocal local opposition to the Trump administration's immigration policies, and shortly after President Donald Trump came to California to inspect prototypes of different walls that might be built along the Mexican border, SurveyUSA asked voters how they would characterize the need to erect a physical barrier:

Separately, voters by 5:1 are opposed to a section of Northern California cleaving off from the rest of the state, becoming America's 51st state, and taking the name of Jefferson.

Republicans, conservatives, men and young people are slightly more likely to favor cutting the state in half, but majorities across the demographic spectrum oppose the publicized plan.

"Should officials in California who become aware that Immigration Customs and Enforcement agents are about to take immigrants into custody actively work to help ICE do so ... actively work to stop ICE from doing do ... or stay out of the way...in each of the following situations? When ICE arrests immigrants accused of violent crimes?"

"When ICE arrests immigrants accused of only immigration violations?"

SurveyUSA interviewed 882 registered voters March 22, 2018 through March 25, 2018. A larger group, 1,100 adults, were asked questions about whether California should secede from the union and whether a section of Northern California should split off and become the state of Jefferson.
Report a correction or typo
Related topics:
politicscaliforniaimmigration reformcrimeicepoliceimmigration
Copyright © 2021 KABC-TV. All Rights Reserved.
More Videos
From CNN Newsource affiliates
TOP STORIES