Poll: More Californians side with state over DOJ 'sanctuary' suit

KABC
By ABC7.com staff
SACRAMENTO, Calif. (KABC) -- California residents are split over their support of the Department of Justice's lawsuit to block state laws that extend protections to people living in the U.S. illegally.

In an exclusive Eyewitness News poll conducted by Survey USA, more people are siding with California over the Trump Administration.

Jeff Sessions says the DOJ sued California because its "sanctuary" laws are preventing federal immigration agents from doing their jobs.

The poll found that 36 percent of Californians are saying the Justice Department did the "right thing." Nearly half, at 47 percent, say the federal government did the "wrong thing."

Fifty-seven percent of those surveyed agreed with a law that bans businesses from assisting immigration agents to access employee records without a warrant. Twenty-nine percent disagree.

Another law says local police cannot transfer immigrants directly to federal custody from local jails unless there is a warrant for their arrest or if the immigrant has committed serious crimes. Fifty-six percent of people said they agree with this law, and 32 percent said they disagree.

Sixty-one percent of people agreed with the law that allows the state attorney general to review all facilities where immigrants are detained. Only 16 percent of surveyors said they disagree.
Report a correction or typo
Related topics:
politicscaliforniaattorney generaldepartment of justicelawsuitimmigrationjerry brown
Copyright © 2020 KABC-TV. All Rights Reserved.
RELATED 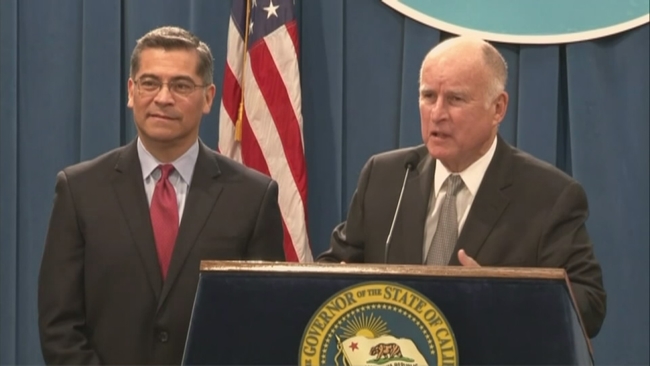 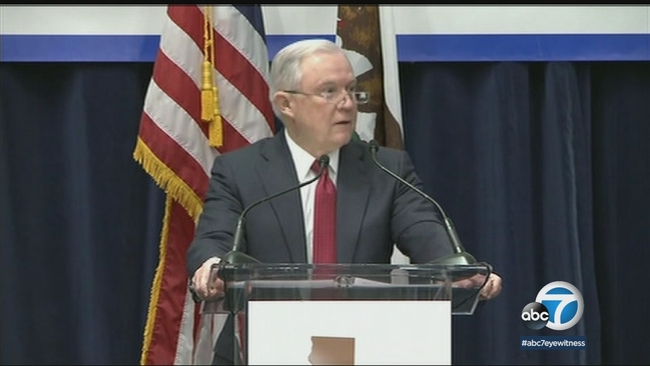