Portion of 134 Freeway to be named for Obama 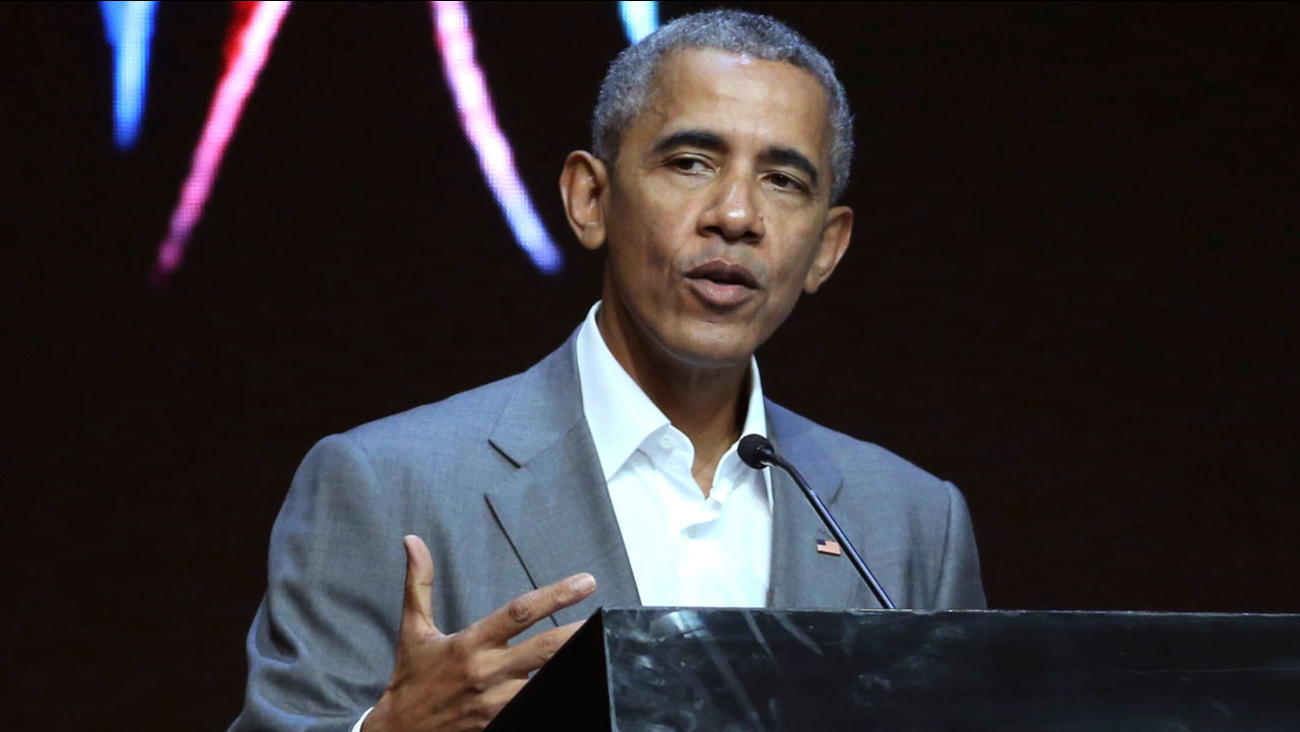 PASADENA, (KABC) -- A portion of the 134 Freeway through Glendale, Eagle Rock and Pasadena will be renamed for former President Obama, state officials announced Tuesday.

The portion of the 134 from the 2 Freeway interchange to the 210 interchange will be named the President Barack H. Obama Freeway. The measure to rename the freeway passed both the Senate and Assembly, officials said.

The segment of freeway was chosen because Obama attended Occidental College in that area during his freshman and sophomore years.

The renaming is coming on the same day that President Donald Trump announced his intent to rollback a significant policy initiative of Obama's term, the Deferred Action for Childhood Arrivals program.

"It is also quite appropriate and symbolic that the California Legislature would pass this resolution for a president filled with compassion on the same day we witness another president turn his back on 800,000 children," said state Sen. Anthony J. Portantino, D-La Canada Flintridge, who authored the resolution and represents the area of the freeway.

Portantino said a local activist proposed the idea to him after the city of Pasadena placed a plaque in front of the home where Obama lived as a student.
Report a correction or typo
Related topics:
politicspasadenaglendaleeagle rocklos angeles countyfreewaybarack obama
Copyright © 2021 KABC-TV. All Rights Reserved.
More Videos
From CNN Newsource affiliates
TOP STORIES