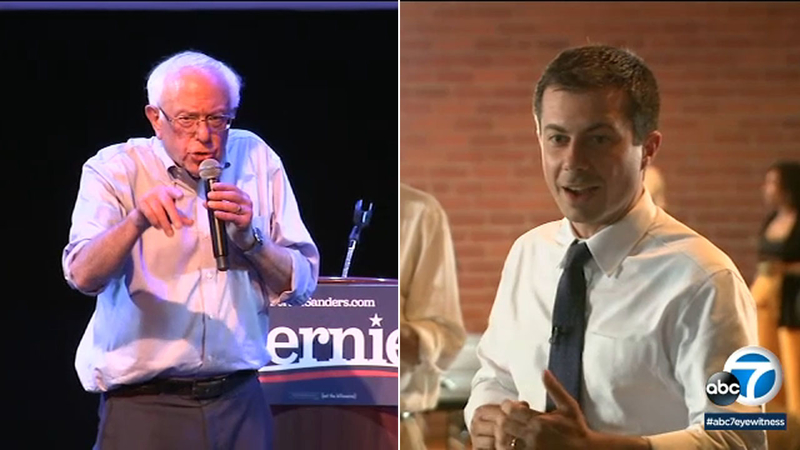 A big focus for Sanders during this trip was selling his proposed Medicare-for-all health care legislation.

Sanders is currently polling near the top in California.

Meanwhile, Mayor Buttigieg from South Bend, Indiana, used his visit to speak about the Douglass Plan, part of a proposal to tackle systemic racism.

The openly-gay candidate has had a tough time connecting with African-American voters and he addressed that head-on during an appearance at a co-working space in the Crenshaw district called Vector 90, which was co-founded by the late rapper Nipsey Hussle.

"In order to earn support, you have to build trust, and especially in communities in color, where you are new on the scene and not yourself from a community of color, you got to work a lot to make sure that your vision is understood."