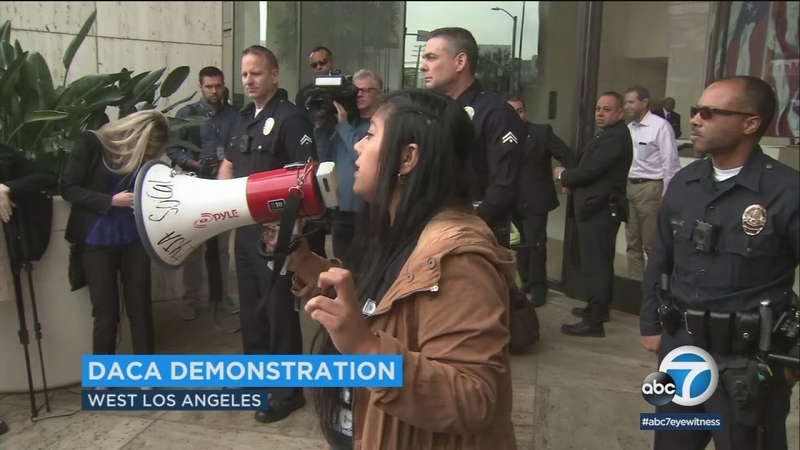 They said they would keep walking around the area until someone from Feinstein's office comes down to meet with them.

The demonstration was part of a statewide day of action to urge elected officials to attach what demonstrators are calling a "clean Dream Act" to the House spending bill.

The group is demanding the legislation to protect DACA recipients who had protection from deportation under the Obama administration but are now in limbo since President Donald Trump is letting the program expire.

There are around two million "Dreamers" in the United States hoping for a pathway to citizenship.

"We need a solution now. We need them to insert a clean Dream Act bill that does not focus on targeting other immigrant communities but actually solves the problem. Inserting it in the house budget bill. If it does not get inserted, we are threatening to shut down the government," said Luis Serrano of the California Immigrant Youth Justice Alliance.

The group of protesters made its way under the 405 overpass and began affecting traffic. Police officers surrounded them and walked alongside them.

Speaker of the House Rep. Paul Ryan has until Dec. 22 to move a spending bill, but he cannot do it without democratic support.