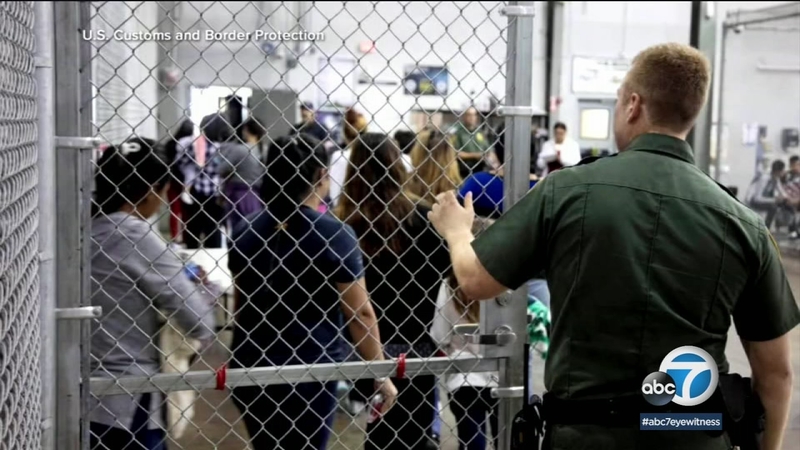 WASHINGTON (KABC) -- One day after President Trump ended the practice of separating families detained illegally entering the U.S., his administration is now considering housing up to 20,000 unaccompanied migrant children on U.S. military bases, according to a U.S. official.

Meanwhile, Congress rejected an immigration reform bill Thursday and the vote on another, the so-called "compromise" bill, was put off until next week.

"We do not legalize the status of those people who are here illegally, which will then draw millions upon millions more here to consume all of the resources that are meant for our people," he said.

At the border, a bipartisan coalition of U.S. mayors, including L.A.'s Eric Garcetti, demanded family reunification.

"We have over 2,000 children still far away from their parents and hundreds of them streaming into our cities, over 100 in my city," Garcetti said. "We don't know any information about them. We have to find out from activists instead of from the government."