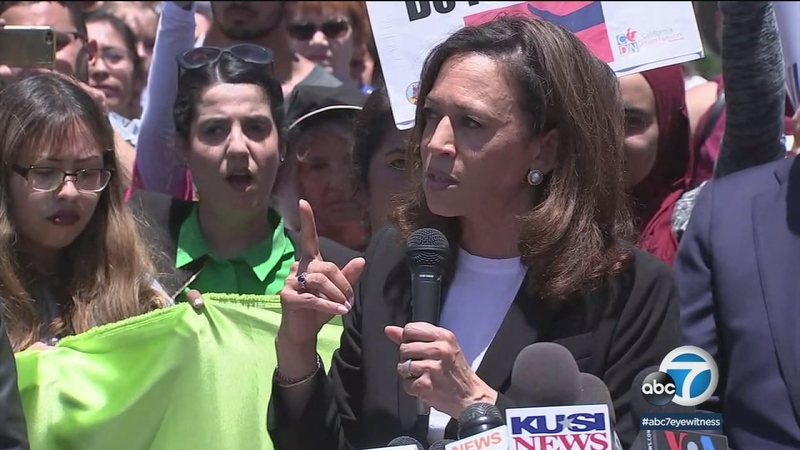 SAN DIEGO (KABC) -- California Sen. Kamala Harris visited with migrant mothers who have been separated from their children at the Otay Mesa Immigration and Detention Facility near San Diego on Friday.

Detained since late April, two of the mothers are from Honduras and one is from El Salvador. They reportedly fled either domestic violence or sexual abuse and do not know where their children are.

"That is a prison," Harris said.

The women told Harris about difficult access to phone calls and their meager working wages of $1 per day in some instances. Harris explained that phone calls for the detained mothers cost 85 cents per minute.

The senator has admonished the Trump administration's "zero-tolerance" policy, which stated that parents caught illegally crossing the border would be prosecuted and separated from their children.

Harris said that the president's executive order this week to stop separating families does not end the policy, costs taxpayers millions and results in indefinite detentions.