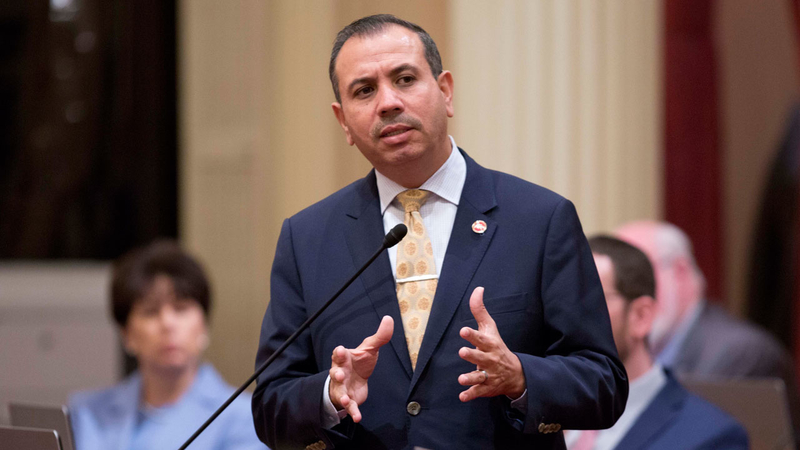 SACRAMENTO, Calif. (KABC) -- California state Sen. Tony Mendoza, who had taken a leave of absence amid sexual misconduct allegations, resigned Thursday as a possible vote to expel him loomed.

Mendoza, whose district included parts of Montebello, Downey, Buena Park and Lakewood, issued a scathing resignation letter in which he described the investigation as "farcical."

"It is clear that Senate President Pro Tem Kevin de Leon will not rest until he has my head on a platter to convince the MeToo movement of his 'sincerity' in supporting the MeToo cause," the 46-year-old Mendoza wrote, referring to a fellow Democrat.

"De Leon ordered up a secret investigation in my case, without due process or providing me with any specific charges, access to witnesses or evidence, or any opportunity to defend myself," Mendoza continued. "The results were reported using the lowest standard of proof -- 'more likely than not' -- but asking for the highest penalty, expulsion."

De Leon said the Legislature "won't tolerate abuse of power and a pattern of behavior that violates our harassment standards."

Mendoza said he may still run for the state Senate District 32 seat in November. He is the third California legislator to resign under a cloud of sexual misconduct allegations since the #MeToo movement went viral last October.

He added that de Leon made him the "sacrificial lamb" to look good as he runs against Sen. Dianne Feinstein.

Lawyers investigating complaints against Mendoza, who is married, found that he likely engaged in unwanted "flirtatious or sexually suggestive" behavior with six women, including four subordinates, a lobbyist and a young woman in a fellowship with another lawmaker.

After accusations against Mendoza came to light last fall, he took a leave of absence from the state Senate in January. The legislative body's Rules Committee suspended him days before he was set to return, citing the ongoing investigation.

In a lawsuit filed last week, Mendoza claimed his suspension was unconstitutional. He does not intend to drop his legal challenge.