Trump defends executive order amid widespread protests, says it is 'not a Muslim ban' 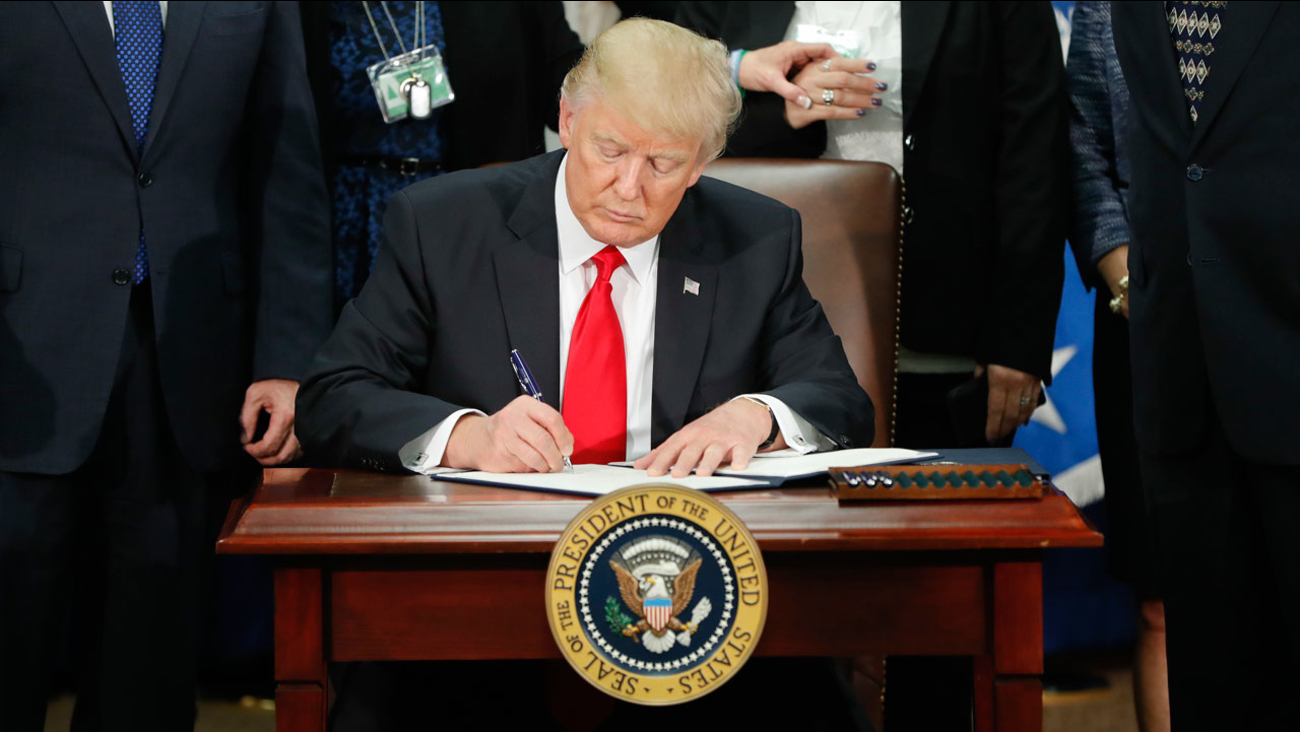 Trump denied that the "extreme vetting" was "about religion" and insisted "this is about terror and keeping our country safe." He criticized the media for "falsely reporting" descriptions of the order, which bars people from certain countries from entering the U.S. for three months.

The seven nations named in the order are Iraq, Iran, Syria, Libya, Somalia, Sudan and Yemen.

The president compared his policy to one enacted in 2011 by former President Barack Obama, which suspended visa processing for Iraqi refugees for six months. Unlike his predecessor's policy, Trump's order also applies to people holding valid visas.

Read the president's full statement is below:

"America is a proud nation of immigrants and we will continue to show compassion to those fleeing oppression, but we will do so while protecting our own citizens and border. America has always been the land of the free and home of the brave. We will keep it free and keep it safe, as the media knows, but refuses to say. My policy is similar to what President Obama did in 2011 when he banned visas for refugees from Iraq for six months. The seven countries named in the Executive Order are the same countries previously identified by the Obama administration as sources of terror. To be clear, this is not a Muslim ban, as the media is falsely reporting. This is not about religion - this is about terror and keeping our country safe. There are over 40 different countries worldwide that are majority Muslim that are not affected by this order. We will again be issuing visas to all countries once we are sure we have reviewed and implemented the most secure policies over the next 90 days. I have tremendous feeling for the people involved in this horrific humanitarian crisis in Syria. My first priority will always be to protect and serve our country, but as President I will find ways to help all those who are suffering."

Trump's defense of the travel ban came the day after a federal judge's ruling halted the deportation of some who had been detained at U.S. airports. The White House statement was issued while demonstrators gathered for the second day in a row in several cities including Boston, New York and L.A.

At Los Angeles International Airport, the presence of thousands of protesters resulted in the temporary closure of the lower-level roadway near Terminal 3, Terminal 4 and the Tom Bradley International Terminal.

Meanwhile, some congressional Republicans pushed back on the immigration order.

Sen. Rob Portman, R-Ohio, encouraged Trump to "slow down" and work with legislators to tighten screening for foreigners who enter the U.S.

Everyone should "take a deep breath and come up with something that makes sense for our national security" and reflects the fact that "'America's always been a welcoming home for refugees and immigrants," Portman said. He described America as "this beacon of hope and opportunity for the rest of the world" and said it should remain that way.