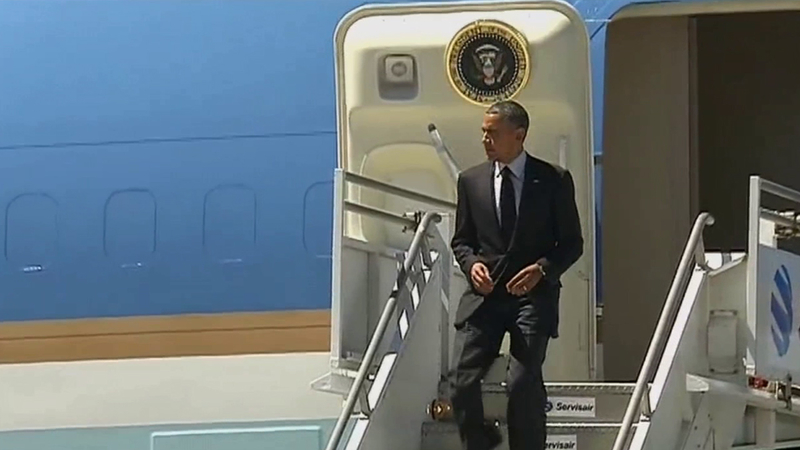 The president landed at LAX at 4 p.m., and descended the plane's stairs with Sen. Barbara Boxer (D-Calif.) and freshman Rep. Ted Lieu (D-Torrance).

President Obama was greeted on the tarmac by L.A. Mayor Eric Garcetti and then departed on Marine One for Burbank's Bob Hope Airport. A motorcade then took him to ABC Studios to tape an appearance for "Jimmy Kimmel Live!"

Thursday night was President Obama's first appearance on the late-night talk show as commander-in-chief. He appeared via satellite during his campaign in 2008.

The visit is Obama's 21st to Los Angeles or Orange counties since taking office in 2009. He has attended 32 fundraisers in Los Angeles County during those trips.

President Obama is scheduled to depart from LAX on Friday morning to Arizona, where he is set to speak at the Phoenix Veterans Affairs Medical Center.

The following closures will be in effect Friday: