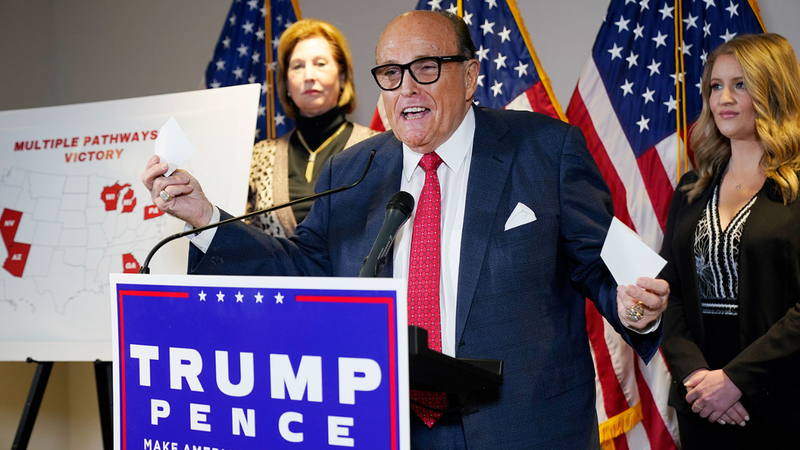 Two more Pennsylvania legal challenges by President Donald Trump's campaign appear to have failed, insuring that more than 2,700 ballots that had been contested over technicalities would, in fact, be counted.

One case, filed in the Philadelphia suburb of Bucks County, sought to toss out 2,177 ballots over missing words on the address line or improperly sealed secrecy envelopes. A similar challenge brought in neighboring Montgomery County was ordered closed by the court.

In dismissing the Bucks County lawsuit, Judge Robert O. Baldi said it would be "an injustice to disenfranchise these voters" based on the technical errors with the ballots. Baldi noted repeatedly that the Trump team "specifically stipulated" that "there exists no evidence of any fraud, misconduct, or any impropriety with respect to the challenged ballots."

"There is nothing in the record and nothing alleged that would lead to the conclusion that any of the challenged ballots were submitted by someone not qualified or entitled to vote in this election," Baldi wrote.

The point took on added significance as the Trump legal team, and the president himself, have continued to allege fraud on social media and in press appearances -- but not as stridently in court where evidence is required to support the claim.

Eliza Sweren-Becker, counsel for the Democracy Program at the bipartisan Brennan Center for Justice, told ABC News suits like these appear aimed at grabbing attention.

"In large part, this litigation, the other cases that the campaign has filed are really a distraction," Sweren-Becker said. "It's important to recognize the frivolous nature of these suits."

Some of the reasons the Trump team argued would disqualify ballots involved mail-in ballots from voters who left off part of their address or failed to properly secure the secrecy envelope, among other concerns the judge cited as "minor."

"The minor irregularity of a lack of a complete handwritten name or address is not necessary to prevent fraud and there would be no other significant interest undermined by allowing these ballots to be counted," he wrote.

Joe Biden expressed concern Thursday that President Donald Trump's unprecedented attempt to block the peaceful transition of power at the White House has hindered the flow of information about programs to fast-track a coronavirus vaccine. Watch his full remarks to the press from Thursday, Nov. 19.