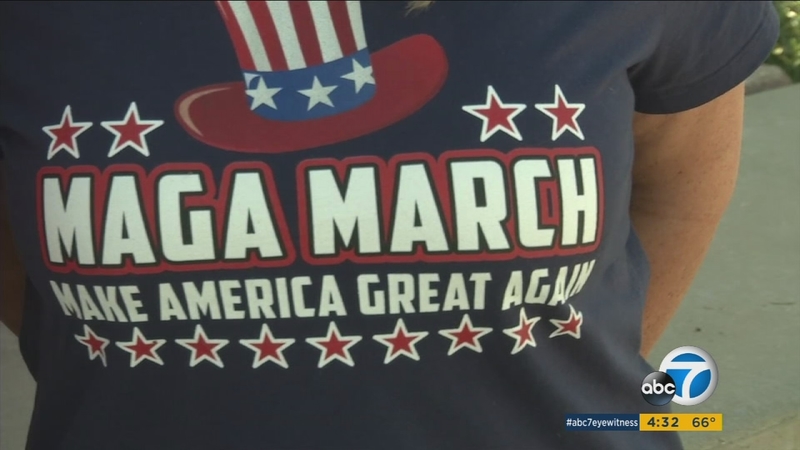 Trump rally, counter-protest to be held at OC beach

HUNTINGTON BEACH, Calif. (KABC) -- Organizers blasted patriotic music and wore their Donald Trump campaign hats Friday as they passed out fliers for a "Make America Great Again" march and rally that will be held over the weekend at Bolsa Chica State Beach.

"We're here to support the American veterans, our military, our law enforcement, our first responders, our president and vice president," Jennifer Sterling said.

The group said they are expecting more than 3,000 people to show up for the event, which is scheduled for noon on Saturday. The organizers plan to march down the beach, collecting donations and showing their patriotism.

But the group will have company.

"We believe they're trying to portray moderation, but they're representing a campaign that was fueled by racism and xenophobia," said Jordan Hoiberg of Socialist Party USA.

Hoiberg is part of one of several groups preparing for a counter-protest to the march. Both sides are well aware of past violent confrontations between Trump supporters and protesters in Orange County.

Both are pointing to one another for instigating.

"It's really sad that a lot of these marches and rallies have to turn violent, by no means not on our part," Trump supporter Darlene Savord said.

The organizers Eyewitness News spoke to from the rally and the protest said they will avoid physical confrontation, but they are ready to make sure their voices are heard.