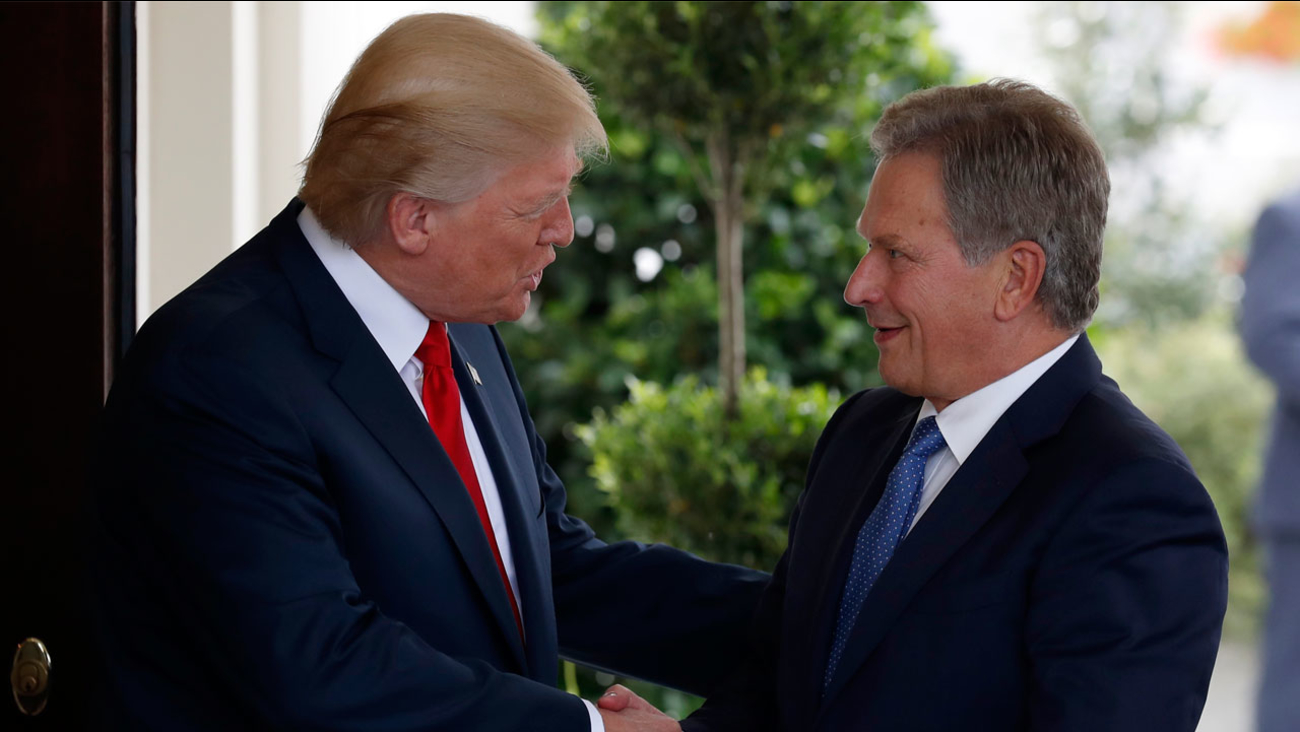 The White House says the presidents plan to discuss terrorism, Afghanistan, Russia and the Arctic, among other topics.

Niinisto told journalists before leaving Finland that he and Trump would talk about the Baltic Sea.

Trump and Niinisto plan to take questions at a news conference in the White House East Room following their talks.

The White House initially had announced Niinisto's visit for Tuesday, but later moved the meeting to Monday.