'Who is she?' - US Treasury chief takes swipe at Thunberg AP
DAVOS, Switzerland -- As one of the executive producers of the last Mad Max movie, U.S. Treasury Secretary Steven Mnuchin might have been interested in the apocalyptic climate warnings of Greta Thunberg. 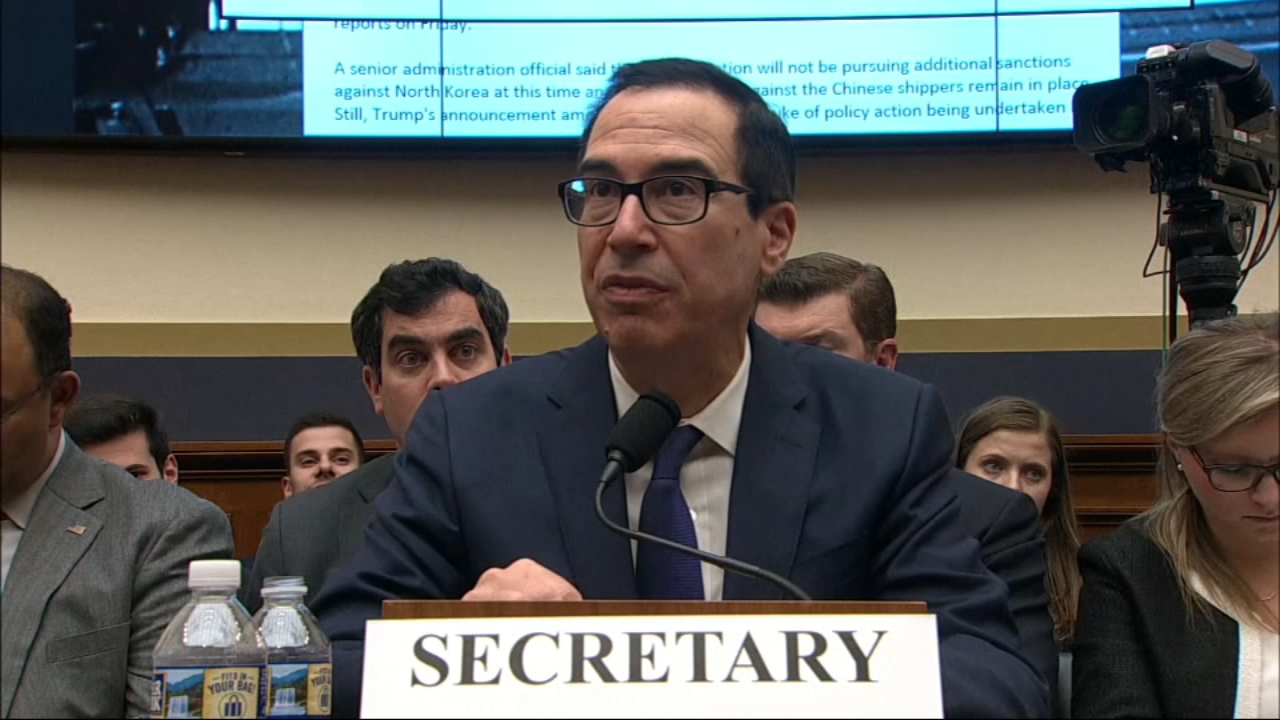 Instead, he took a personal swipe at the 17-year-old, saying she was in no position to give advice on climate change because she hasn't been to college yet.

At a press briefing at the World Economic Forum in the Swiss town of Davos, Mnuchin dismissed Thunberg's suggestion that governments and companies need to cut back dramatically on their use of fossil fuels.

When asked how that would affect the U.S. economic model, Mnuchin was swift and condescending in his response.

The 16-year-old climate change activist began a global movement in August 2018 when she camped outside of Parliament in her native Sweden.

"After she goes and studies economics in college, she can come back and explain that to us," he concluded.

Thunberg has yet to respond to Mnuchin's comments but is likely to be asked about them when she holds a press briefing Friday at a climate strike with other young people in Davos, on what is the final day of this year's gathering of the elites. Thunberg sparked a global environmental movement after she shot to fame a year ago by staging a regular strike at her school.

Mnuchin confirmed to The Associated Press that he has earned a degree in economics from Yale University, before moving on to working for Goldman Sachs and then the Trump administration.

In between, he founded the film production company Dune Entertainment, which in addition to helping out in the relaunch of the Mad Max franchise in 2015, has The Lego Movie and Wonder Woman among its credits.
To her supporters around the world, Thunberg has become a role model, not least for her criticism of U.S. policy, particularly President Donald Trump's decision to pull the country out of the Paris accord to limit global warming.

Mnuchin insisted Thursday that U.S. policy has been misinterpreted, and that President Donald Trump "absolutely believes" in a clean environment.

"What the president objects to is the Paris agreement, because he thought it was an unfair agreement for the United States," he said.

Last month, Trump told Thunberg in a tweet to "chill" and to "work on her Anger Management problem." It prompted a dry and humorous response from Thunberg, who changed her Twitter caption to read: "A teenager working on her anger management problem. Currently chilling and watching a good old-fashioned movie with a friend."

Earth just finished its hottest decade on record, with the five last years being the five warmest, according to U.S. and other science agencies. Scientists repeatedly point to more extreme weather as a problem worsened by human-caused climate change. There have been 44 weather and climate disasters in the United States that caused at least $1 billion in damage since 2017, killing 3,569 people, according to the National Oceanic and Atmospheric Administration.

The decade that just ended was by far the hottest ever measured on Earth, capped off by the second-warmest year on record, two U.S. agencies reported. And scientists said they see no end to the way man-made climate change keeps shattering records.