Super Tuesday: Warren, Biden campaigning in SoCal to round up last-minute votes 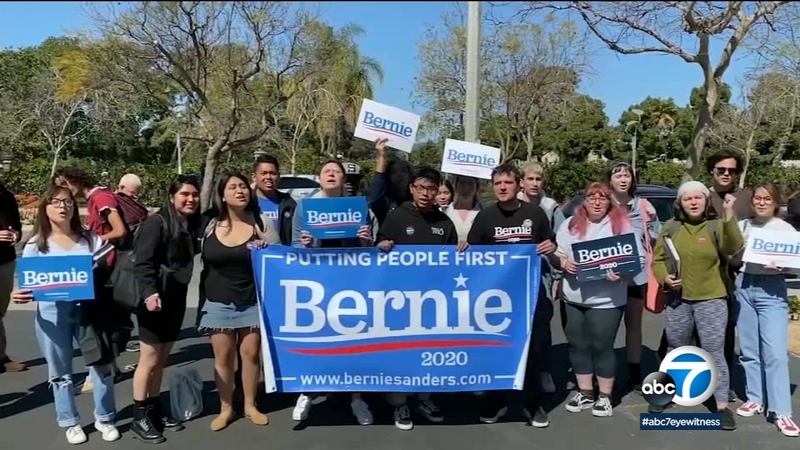 LOS ANGELES (KABC) -- For Super Tuesday, the Democratic presidential candidates are focusing much of their last-minute efforts on California's big delegate count.

There are 14 states holding primaries on Super Tuesday, but with 415 delegates, California remains the biggest prize.

But Garcetti noted it's not about winning a state, but about gaining delegates leading to the convention.

"Nobody 'wins' a state," Garcetti said. "It's about an overall delegate count."

Biden is expected to appear in Baldwin Hills on Tuesday. Garcetti hosted an event for his supporters on Monday in South Los Angeles.

Across town at Santa Monica College, a group of young Sanders supporters rallied for a get out the vote effort.

"With today's efforts, we're hoping to accomplish electing Bernie Sanders as president," said Josh Rush, an actor on the Disney Channel. "We're hoping to bring out as many people as we can, bring the turnout up in California, and lead him to a victory on Super Tuesday and beyond in November."
Report a correction or typo
Related topics:
politicslos angeleslos angeles countyprimary electionbernie sandersvote 2020democratselizabeth warrenjoe biden2020 presidential election
Copyright © 2021 KABC-TV. All Rights Reserved.
More Videos
From CNN Newsource affiliates
TOP STORIES