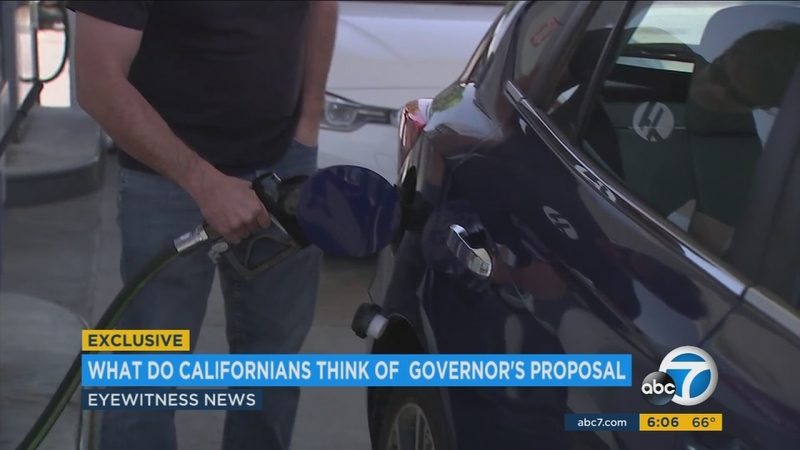 In the wake of an announcement by California Governor Jerry Brown of a proposed gas tax to fund the legislature's $52 billion plan to fix roads, voters in the state appear to be conflicted on the prospect of higher taxes on fuel.

An exclusive Eyewitness News poll conducted by SurveyUSA revealed that some residents of the Golden State are uncertain when it comes to the method of funding repairs and whether they're even needed at all.

When surveyed on the overall condition of the roads and highways in California, residents were almost evenly divided between "good," "fair" and "poor."

Still, those surveyed did not necessarily agree that a gas tax is the answer to the state's highway infrastructure woes. Some of the money to pay for the $52 billion roads bill would come from an additional 12-cent-per-gallon gas tax levied on the state's drivers.

Forty-four percent of respondents opposed the tax increase, but at least 37 percent indicated that they would support such a measure. Nearly 20 percent said they felt unsure.

"If it was up to me, I wouldn't pay because the roads are still going be the way they are," said driver Nick Gonzalez.

When it came to the proposed 20-cent-per-gallon tax increase on diesel fuel, California residents who participated in the survey gave virtually the same responses.

A proposed $100 fee on electric and hybrid vehicles was not necessarily out of the question for the Californians polled. In a near dead-heat, and within the margin of error, 42 percent were in favor of the fee while 43 percent were against it.

However, new transportation fees seemed to be a significantly less popular notion.

Fifty-nine percent of respondents opposed the proposed "transportation improvement fee," the highest margin of opposition to any question asked in the survey. The fee would range from $25 a year for cheaper cars to $150 for more expensive vehicles.

State Republicans have called the roads revenue plan the largest gas tax increase in California's history. It would add $5 billion to Caltrans' $10.5 billion budget. Most California residents surveyed didn't think the additional funds were necessary, however.