A woman was killed after an alleged drunk driver crashed into her home in Pomona, police said.
KABC 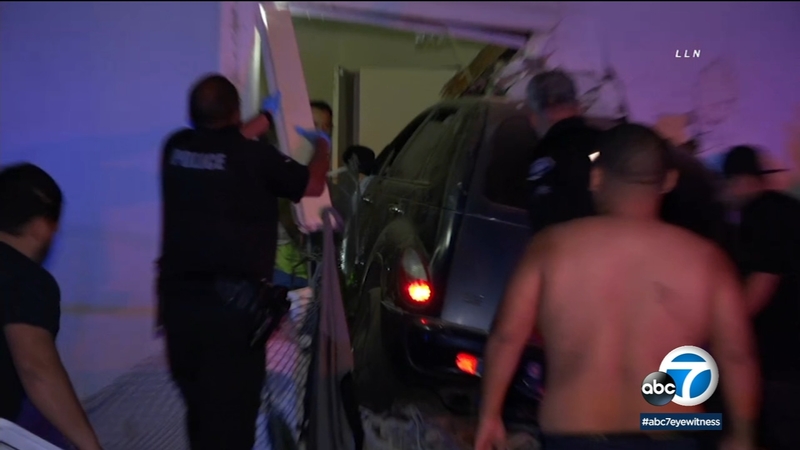 POMONA, Calif. (KABC) -- A woman was killed after an alleged drunk driver crashed into her home in Pomona Thursday evening, police said.

The crash was reported at about 9:15 p.m. in the 1100 block of Colony Drive, near South Hamilton Boulevard, according to the Los Angeles County Fire Department.

Pomona police said the driver was in a PT Cruiser traveling at an extreme speed, lost control, jumped a curb and slammed into a home on Colony Drive.

The woman, believed to be in her 50s or 60s, was struck by the car. She died at the scene.

Three other people were also inside the home, but were not hurt.

The driver was hospitalized with non-life threatening injuries, and is in custody, police said.